People feel much comfortable while flying with this iconic airline nowadays, however, the airline has an incredible journey to establish this fame and trust among the passengers all over the world. It is Canada’s largest Domestic and International Airline that serves more than 220 airports on six continents and among the 20 largest airlines in the world.  Air Canada is the founding member of the Star Alliance and currently employs more than 40000 people globally. The Airline was founded in the year 1937 and initially was known by the name of Trans Canada airlines, later after 28 years, it changed its name to Air Canada in the year of 1965. Currently. The Airline is headquartered in Montreal, Quebec and operates a proud fleet of modern aircraft including the marvellous Airbus A330, A320 family and iconic  Boeing 767, Boeing 777, and Boeing 787 widebody Dreamliner from Boeing family.

Since September 1937, when the first passenger flights scheduled from Vancouver to Seattle for Air Canada, it has seen many ups and down in the aviation industry. During the 60s it expanded dramatically and establish itself as a brand, however, due to rise in fuel costs in late 70s the Airline suffers a major hit and it has to take some firm decisions on a pay cut for employees and equipment sale to sustain in the rapidly changing industry. Despite making many attempts to rejuvenate it, the airline was suffering heavy losses,  the government privatized the company in 1989 but its financial losses continued. IN another attempt in 1992, Air Canada and Canadian Airlines tried to merge that was also unsuccessful. Since the late 2000s, Air Canada has been facing a number of financial difficulties, including the global recession leading to speculation that it could file for bankruptcy. It was struggling, trying to survive, however, still, its leaders didn’t give up and overcame all the odds and was able to place it as a successful global leader and a trustworthy brand in the following years.

It has initiated many new technologies that decided the path of the booming aviation industry later on. It pioneered many new concepts and was able to make a difference always among the competitive airlines. Air Canada introduced the world’s first computerized reservations system. In October 1990, Air Canada became the first scheduled airline in the world to offer exclusively smoke-free flights between North America and Europe. It has its consequences too as the dedicated smokers prefer to switch to the other airlines that still allowed smoking on board, however, Air Canada stands its ground despite losing a few customers with this move. It also offered magazines on board upon understanding the customer requirements to make the travel experience better. They purchased million of new editions of different magazines to with a specific count to understand the customer’s response on a different type of magazines. Overcoming the odds, it focused on bringing new additions for a better user experience and kept adding new aircraft to its fleet in order to make up with the emerging safety and speed features of the new era. Air Canada was determined to make a difference and that’s what led it its current position in the Canadian and world aviation market.

As per the recent press releases, Air Canada has launched two new non-stop flights to travel between Vancouver to Europe with a Boeing 787 Dreamliner. Basically, from now it is offering non-stop service to Pairs, France and Zurich, Switzerland. It also offers non-stop service to London Heathrow throughout the year and in summer season they started flights to Dublin and Frankfurt. These new flight routes are great news in terms of travelling and tourism. Now with the easy mode of travelling more Europeans choose to vacation in British Columbia which increases the tourism to this beautiful province. From its Vancouver hub, Air Canada will offer up to 1,293 flights each week non-stop to eight destinations in Asia, three destinations in Australia, five destinations in Europe, sixteen destinations in the USA, twenty-two destinations in Canada and two destinations in Mexico and the Caribbean. In 2018, Air Canada is planning to launch ten new destinations from Montreal: London, Windsor, Victoria (Canada), Tokyo, Phoenix, Pittsburgh and Baltimore, Dublin, Lisbon and Bucharest. With a great success in the Portuguese market, this new route from Montreal-Lisbon solidifies the airline’s presence in the summer leisure market from Montreal hub, and on weekly basis, the three times Air Canada Rouge seasonal Lisbon service begins on June 15.

It also focuses on building new relationships with other airlines to ensure provide better services to its customers in other continents too. With the open immigration policies of the Canadian government, the air travel frequency from various countries of Asia increased. While China and India were leading a month them. Recently Air Canada has signed a joint venture agreement with Air China to offer a seamless travel experience and increase co-operation on flights between Canada and China and on key connecting domestic flights in both countries.  This agreement led to an increase in the number of flights on this route and has been consistently growing over the last few years. It also leads to the introduction of many new agencies those are capable of offering extremely cheap flight deals on Canda-China flights in comparison to the rest of the airlines. One such agency is CompassFlights, it offers great deals on air tickets for flights to various cities in China from Canada. For an instance, you will find the Flights to Hong Kong much cheaper in comparison to the other Asian cities while booking from Canada. 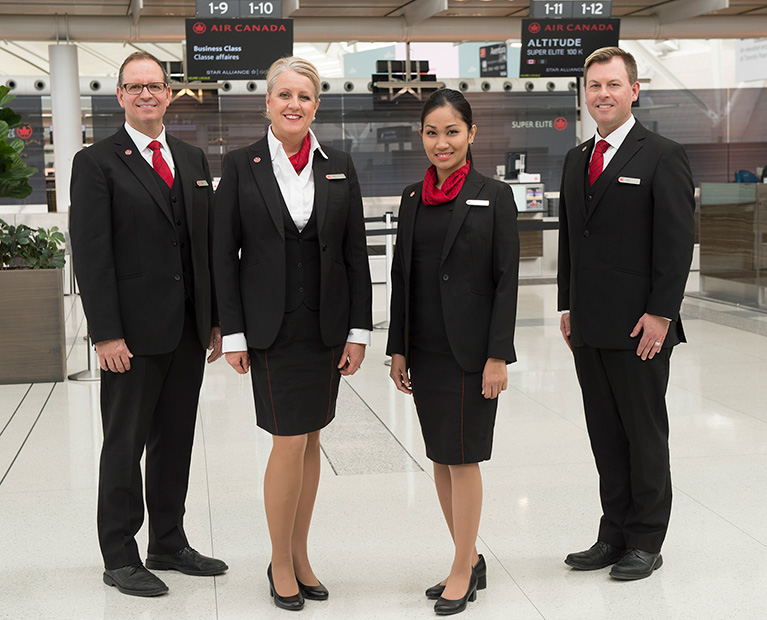 Recently Air Canada has announced to offer next-generation satellite connectivity on its widebody international fleet with the introduction of Wi-Fi provided by Gogo. With the fastest internet service air Canada become the first Canadian carrier to offer a service to the customers so that they can watch the stream TV and movies in flight. This service makes the travelling more enjoyable and more suitable for the business travellers so that they can stay up to date and arrive fully prepared for any meeting or event. They also provide a new family-friendly service for their customers with young children to make summer vacations even more enjoyable. This provides children enrolled in the program special attention, which included a dedicated agent at both the departure and arrival airport and also a regular monitoring onboard by a flight attendant for the duration of the flight.

The Air Canada Foundation’s seventh annual golf tournament on July 9 rose over $1,000,000 in support of organizations focused on the health and well-being of children in Canada. It included a full day of golf followed by a cocktail-style dinner, as well as silent and live auctions of items donated by tournament partners and Air Canada Foundation supporters. Air Canada has also won the best airline in North America award for the second consecutive year. It also received the best business class and best airline cabin cleanliness award.

Farenexus is a proud partner of Air Canada and helps to search and book flights online from the airline anytime. If you have ever struggled to get a good deal on a flight ticket then you would know. Farenexus makes it very easy to compare and find the genuine fares for that specific time and assist you to make a decision to choose a right option for your Flight Booking in no time.