Life is getting quick, no matter how slow the office hours might seem. It is an old school way going places to places or websites to websites and compare the deals that best fit your need. Not to mention the headache and tiredness felt along the path and you might still end up getting an average deal. Fortunately, in the travel world, you have got metasearch engines that does almost all of the above-mentioned work. All you have to do is select a deal. Let’s say you want to book a flight ticket, so you can go to an airline metasearch engine for a quick booking. It will take up fares from all its partner airlines and show you the list of deals so that you can pick the best according to your requirements. To make your task even easier, Farenexus has handpicked some metasearch engine recommendations for your travel journey where you can find deals that can make you drop your jaw:- 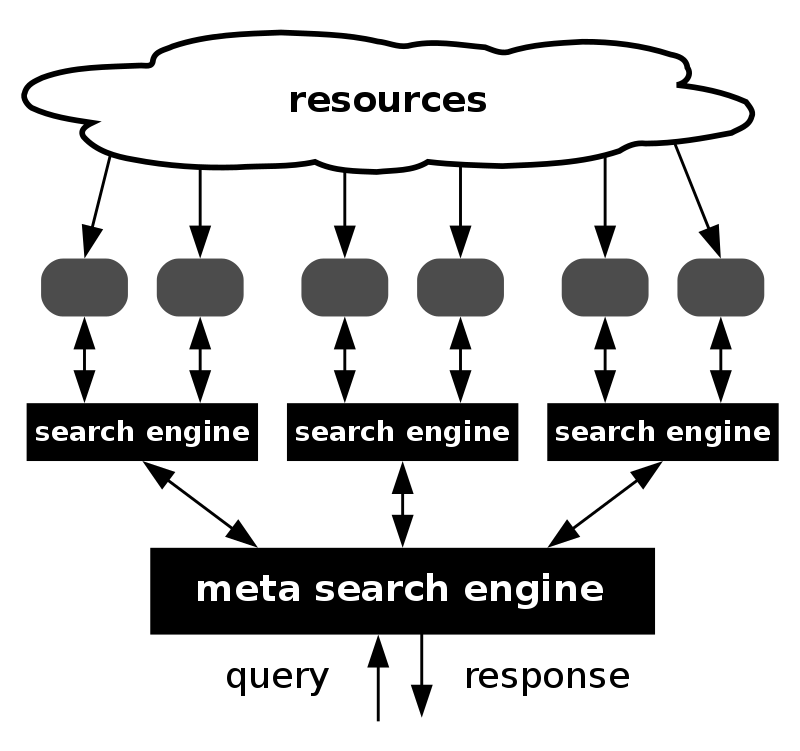 A subsidiary of booking.com, Kayak takes care of almost everything from your journey to accommodation and then some. To be more precise, it offers great deals on hotels, flights, car rentals and flight+hotel bookings. It started in 2004 and since then it has made its mark in the industry and is continuously working to improve its services. So ultimately, Kayak has a huge list of airlines, hotels and car service partners and compiles the fares of the service you need from various service providers at a place so that you can compare it conveniently. What’s different here is that Kayak also has the option to compare fares from selected other metasearch engines.

Skyscanner is another big name in this list. So the basic idea here is the same as with Kayak. Skyscanner helps you find and compare the rates of hotels, flights and car rentals. But there is some unique thing about it that makes it super easy to find bargain deals. Skyscanner has a really powerful and flexible search engine for flight tickets (at least). It allows you to put a city, province or country on the “From” and “To” boxes. So for example, if you want to travel from Montreal to the cheapest destination in India, you can enter the same there. And it will show you a list of all the destination cities in India from Montreal, thus making it easy for you to find the cheapest destination. Another flexibility here is that you can enter even a month instead of a specific date. Thus it will show you a list of all the flights within that month. And if you are not sure about the best month to travel, leave it on Skyscanner by choosing the cheapest month option. 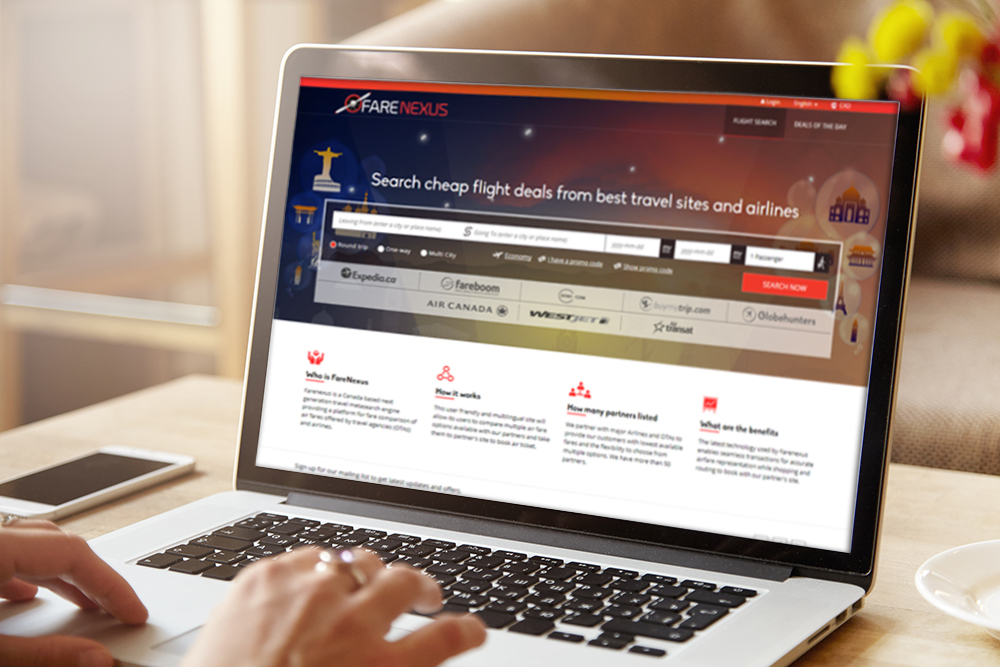 Coming up in 2016, Farenexus is a newcomer who has made its own space in the travel industry within a relatively shorter period. It has partnered up with over 50 airline companies and is constantly working to increase its domain. Thus with such a huge number of partners, you can compare their fares, make the best-informed decision and save big on flight tickets. The great thing here is that Farenexus also has a focus on providing the best deals for last-minute bookings. So now if an urgent situation for travelling arises, then you know where to go. On top of this, Farenexus is also constantly providing useful information via its blog to make easy for people to stay updated on the travel world.

Momondo is a metasearch engine from Denmark that was started in 2006 and gradually established itself in the travel industry across the world. Momondo was received with a great response from the travel enthusiasts and soon it was acquired by CheapFlights Media in 2011. Since then it has continuously worked hard to polish its services to shine even brighter and provided useful stuff that helps tourists in making great travel decisions. It also offers free travel guides of almost any region so that you can explore it in the best way possible. Momondo is a helpful tool in comparing airline fares, hotel and car rents. Its easy-to-use design and ever-improving service make it a must check to find the best deals.

Most likely, you might have already heard of this name before even if you haven’t travelled much. This list can’t be completed without Tripadvisor in it. Commonly considered as a travel review site, it is your virtual tour guide that goes all the way with you from start to end. Started in 2000, in the early days it focused on sharing the official words of newspapers, magazines and guidebooks about any destination. When they allowed anyone to share the review of a place, the response was breath-taking and was the foundational success of today’s travel giant. It earns around 1.6 billion dollars every year and has acquired many other travel companies as well. It has expanded widely in the two decades of operation and now it also has a metasearch engine for flights, hotels and holiday homes. Besides, it recommends restaurants and things to do at almost the entire globe. 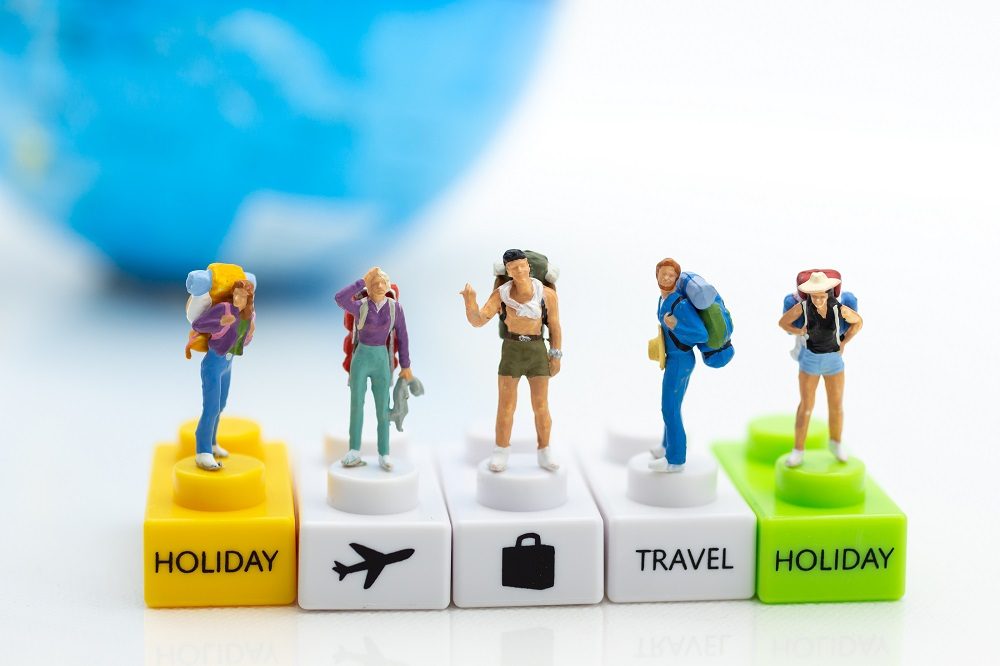 I don’t think the list could be considered complete without mentioning the beast. The reason I have referred it as a beast as in terms of providing information about flight fares, price history, future trending, no one can beat Google flights, however, it’s not often the case that the most informative would be the cheapest as well, and something similar applies here. Though it is not a guarantee that you will always find the better deals through google fights, however, you will definitely end up with a load of information about your search that eventually can lead you to make a decision about picking a price to confirm your booking. We will try to cover the pro and cons of using google flights probably in a separate blog as there is a lot to cover and leaving you with incomplete information just doesn’t sound fair.

Travel is getting more and more accessible these days and a lot many travel agencies is continuously working to make it more affordable for you. But in the end, no matter how much you compare, the final push is something you have to give yourself. So fight out your inner monsters and Farenexus will be waiting for you on the other side with incredible flight deals.