The season of Christmas is something special as another level of joy and excitement starts spreading itself like air. Kids especially enjoy it the most as the anticipation of the gifts make them restless. As opposed to what a lot of people might think, it is not limited to the American and European continent, but it has been celebrated in almost every country in the world. And even people of other religions take the festival whole-heartedly and enjoy it to the fullest. The way of enjoyment and celebration hasn’t always been the same. It has evolved along the time and various traditions got added as they picked up the spark and became famous around the community. So let’s start with some facts on the history of Christmas that shaped the way it is today:-

These are some amazing facts about Christmas:-

1. Christmas has been celebrated as the birthday of Jesus Christ, but there has been no mention of it in the Bible. Historians believe that he was born in the spring.
2. The tradition of Santa Claus was inspired for a Turkish bishop St. Nicholas. Being wealthy, he was extremely generous and known for his charity. Soon his quality spread and eventually took the form of Santa Claus.
3. Earlier the Santa used to wear green, blue and white. The red came into play because of the ads of Coca Cola in the 1930s.
4. Germans are known to bring the norm of Christmas trees. They used to decorate it with cookies and light. The norm spread after 1846 then German prince married Queen Victoria. He brought a decorated Christmas tree for her and soon it caught the eyes of people.
5. St. Nicholas dropped a bag of gold from a needy man’s chimney and fell into the stockings drying near the fire. That’s the story behind upliftment of stockings tradition.
6. The image of Santa Claus flying in sleigh with reindeers was the imaginative creation of the same author as Headless Horsemen, Washington Irving.
7. Rudolph- the red-nosed reindeer was conceived by a department store for marketing to get kids buying holiday coloring books.
8. Ever wondered what’s X in “Xmas”? The term was coined in the 16th century and X comes from ancient greek language. In Greek, Christ starts with X and thus “Xmas” was created.
9. Carolling tradition is based on an English custom- tradition to toast to someone’s good health and fortune. The credit of transformation goes to St. Francis of Assisi.
10. Christmas has been celebrated since ages ago. But the first US state to recognize it as a holiday was Alabama in 1836 and the last one was Oklahoma in 1907.
11. What is the biggest Christmas present ever? It is the statue of Liberty gifted by France to the USA in 1886.
12. The famous Christmas song “Jingle Bell” was originally a Thanksgiving song. James Lord Pierpont wrote the song “One Horse Open Sleigh” and performed it at a church in Thanksgiving. In 1857, the song was republished and eventually turned what it is today.
13. Santa has a special zip code in Canada. Around the world, the letters are bombarded to Santa and Canada is no exception. Post offices in Canada even started answering it. More letters arrived and special zip code was assigned to Santa- HOH-OHO.

Coming back from the history to the present, people usually do a lot of things in the Christmas like decorating the home and spending time with the whole family or going on a trip during the vacation to witness Christmas celebrations at different parts of the world. If you have celebrated Christmas at your home a lot of time then this season try out these destinations with your family and add wonderful memories to your Christmas diary:- 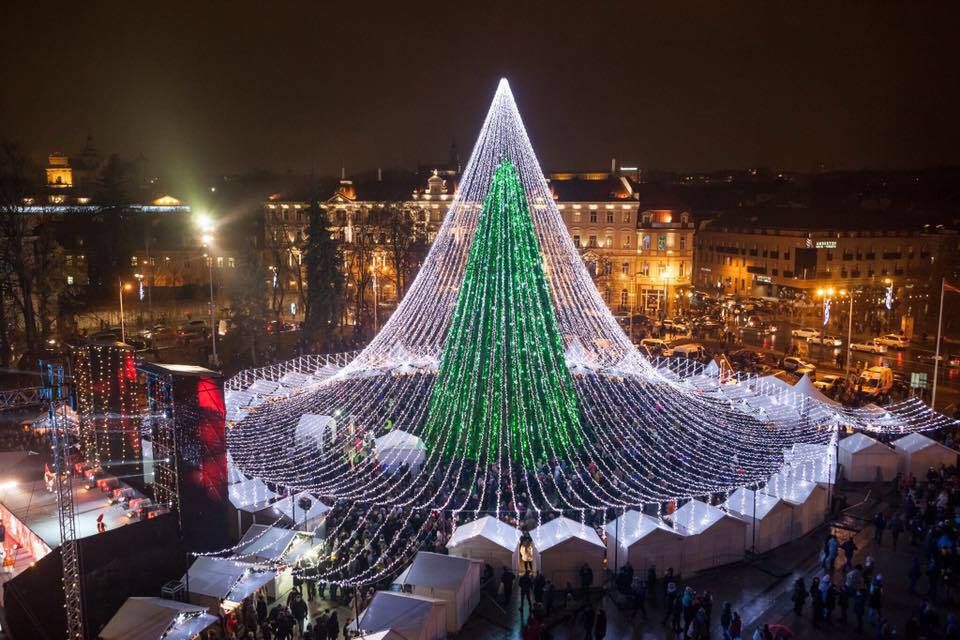 The sight of Christmas in Vilnius is something you might not have seen ever. No matter how low the temperature gets, the spirit of the people here is always high. On average, the temperature here is -3 degree Celcius during December but it’s not enough to freeze the celebrations or even move it here or there. Some of the well-lit places to visit here are the Internation Christmas Charity Bazaar, Cathedral Square Christmas Tree, St. Anne’s church and Wool House. But Vilnius brings more to the plate of the tourists as it is one of the main centres to witness Jewish history. It has a genocide museum dedicated solely to the victims of atrocities during Nazi rule. And like Rome, it also has a country within its borders and the name is the Republic of Uzupis. 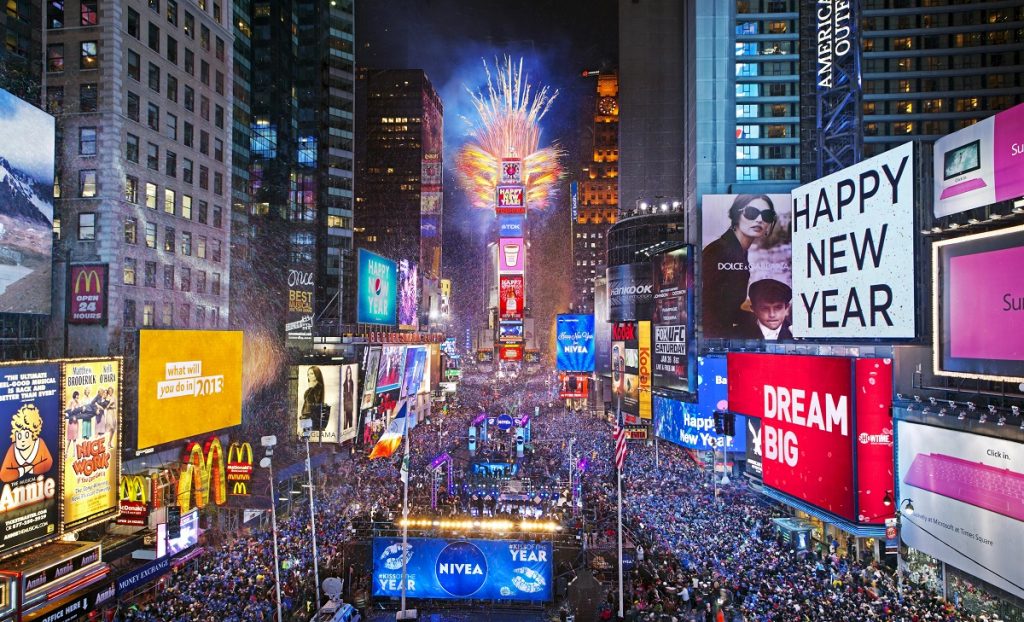 New York is like the Christmas capital of the world and the experience is worth having once in a lifetime. Though New York never sleeps any time of the year, Christmas brings out the best version of joy within the city. A lot of movies and TV series has featured the Christmas celebrations of New York, showing you what the moment is like. Some famous ones are Home alone 2 and How I met your mother (TV series, in season 1). The crowd owns the streets and public places during the season and thus keep your patience at its best. A lot of acts has been performed at theatres that you should book your tickets for. A plethora of Christmas markets has been placed all over New York to fill your shopping cart with a wide variety of things. This goes on for long but the best and the most peaceful thing to do is to watch the decorated New York Brooklyn Bridge Park. 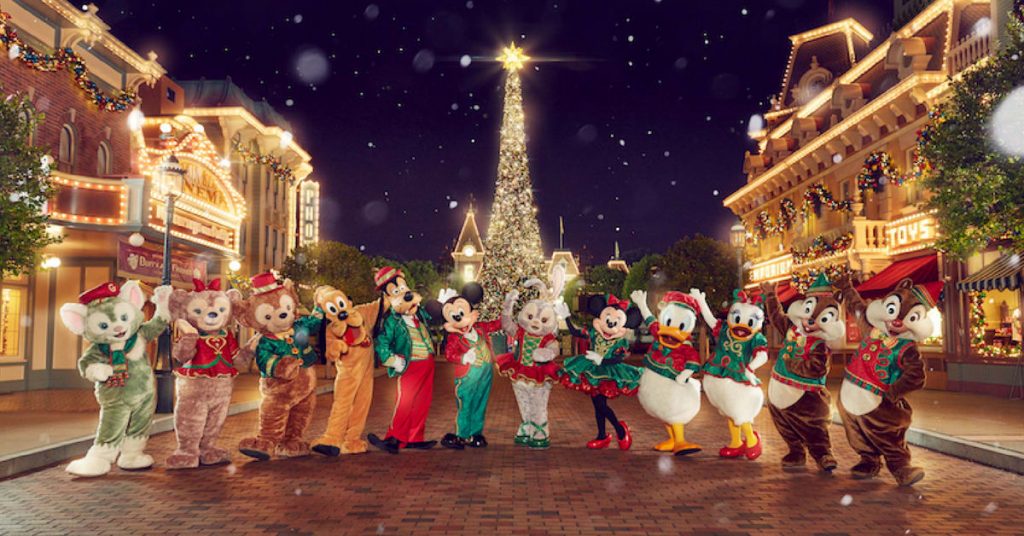 Canadians might have gotten used to celebrating Christmas in freezing winter. So for the sake of change you should try out relatively warm hospitality of Hong Kong this Christmas. Hong Kong is one of the biggest centres in Asia and enjoys a 2-day government holiday during the festival. But some traditions last for the whole of December until New Year. Hong Kong Winterfest is one such tradition that is celebrated for the whole month. Statue Square of the city is booked by government officials and organizes wonderful light works, other Christmas norms and of course, a giant Xmas tree is also planted. Disneyland at any given day is a fun experience, but during Christmas, it goes to a whole new level. And if you are missing Christmas dinner, then Hong Kong has a great many restaurants to take care of that. 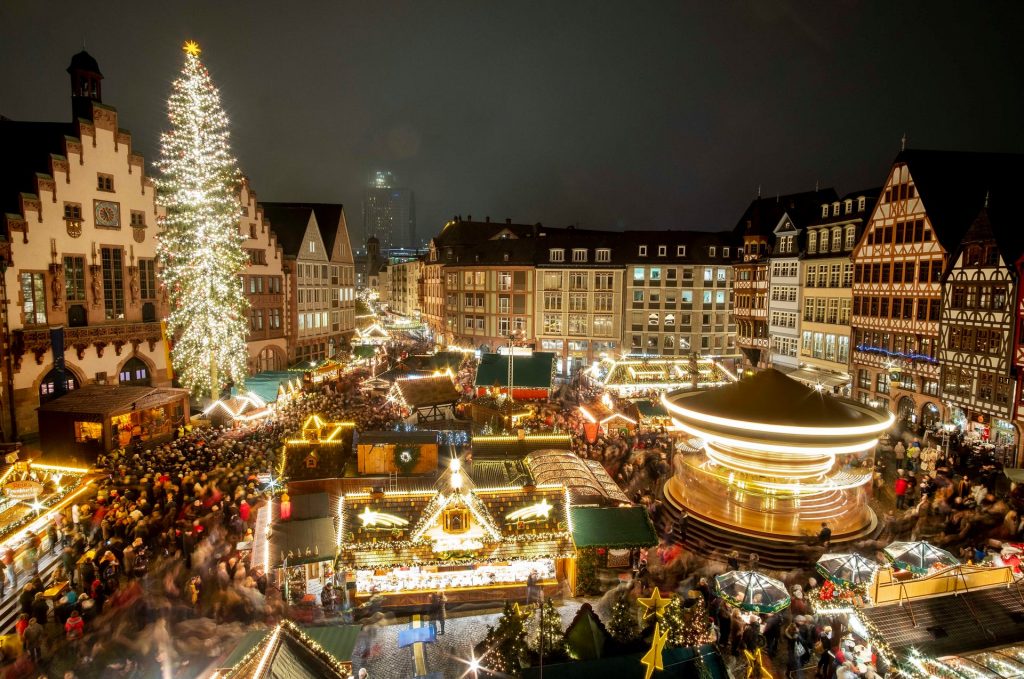 Breathtaking Berlin is a great choice to go this Christmas vacation as it provides a lot of unique and memorable experiences to savour. Starting from Christmas markets, though there plenty of markets here, Spandau’s Old Town market is a one-stop-solution for all your Christmas shopping. It has vendors from all over the world and thus you will be able to explore different types of items from various regions. Those who cannot stay away from thrills should try Alexanderplatz Funfair as the well-lit rides will pump them up. Must try out Berlin’s famous Gluhwein, mulled wine, that is extremely enjoyed a beverage by all the tourists and locals. The list has no end but honorary mentions are the botanical gardens of Berlin, Charlottenburg Palace and Kurfurstendamm- the boulevard famous for his exquisite light work. 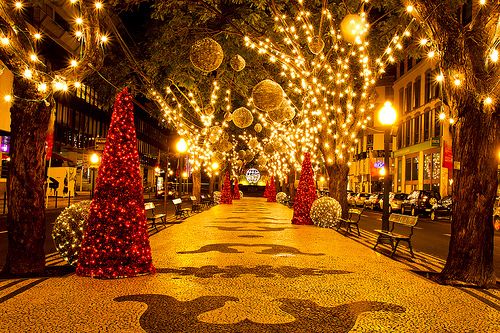 If you like music and entertainment even the slightest (and who don’t?), then you should visit Madeira at least once at Christmas. Funchal is the most popular spot in the city for arranging various events and the road is gloomed up with decorative lights. The people are extremely fun-loving and their best artistic version come outside during Christmas while performing for various events. They have blended Spanish culture into Christmas to perfection which can be seen in the events organized. Some great things you definitely shouldn’t miss are the fireworks show and Christmas Carol show.

Christmas, being the biggest festival, lights up the whole world. But different places have different experiences to offer that is meant to be experienced. Farenexus understands that Christmas is very heavy on savings and can take a huge chunk of it. That’s why Farenexus has brought to you cheap flight tickets no matter where you want to go around the globe.