The love for art in the heart of humans is inseparable. This affection towards it is what helps us push our creative capacity to carve something concrete out of it. And sometimes the result is so stunning that the world admires it for the generations to come. Art can take many forms but one such form that comes from ancient times and still is constantly evolving at a rapid pace is architecture. If we glance around the globe, we can pin a lot of marvels. But it’s our loss that the architectural lens we see through only shows us a handful of well-renowned ones. The world is full of awesome and awe-worthy architecture that most people are yet to even know about, let alone seeing it. Be it of modern or ancient times, the basket of architecture was never out of wonders. Thus today, Farenexus- a travel metasearch engine, will peer into this basket to show you the pieces of architecture that leave people stunned:- 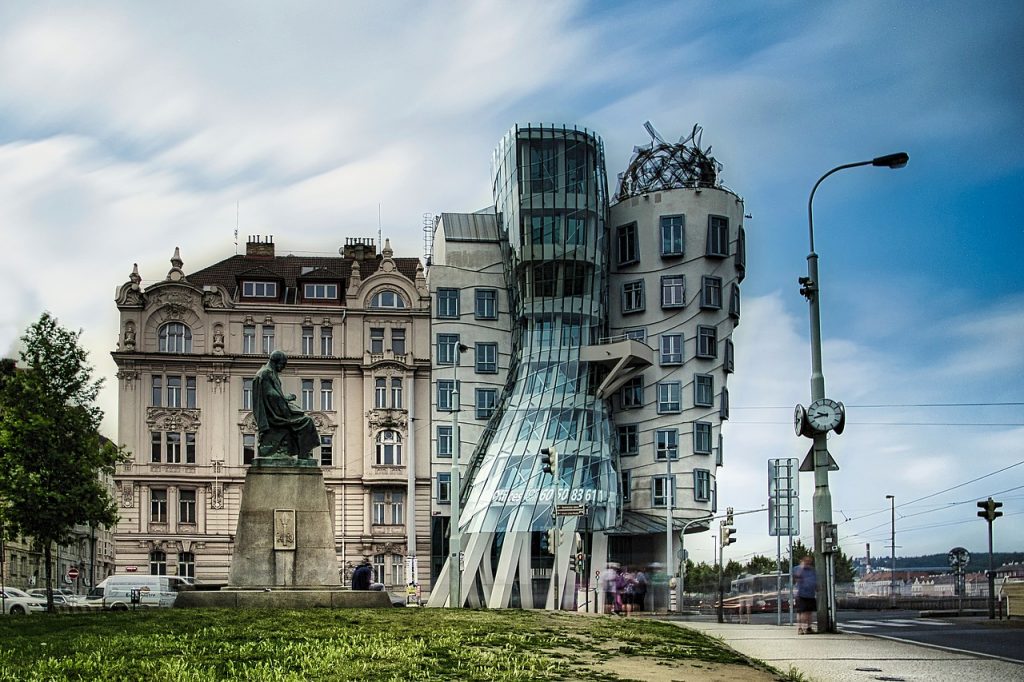 Image by Norbert Pietsch from Pixabay

Dancing House is one of the most unusual buildings you will ever see. The design of the building resembles the famous dancers, Fred Astaire and Ginger Rogers. Thus sometimes it is also referred to as Fred and Ginger. As crooked its outer part is, such crooked is its history. Originally it was as any other building in the world. But during World War I, some part of it was destroyed by the bombings. For many years it was left untouched. But it was not until the 1990s that anybody visioned to turn it into an architecture that becomes Prague’s prime attention puller. 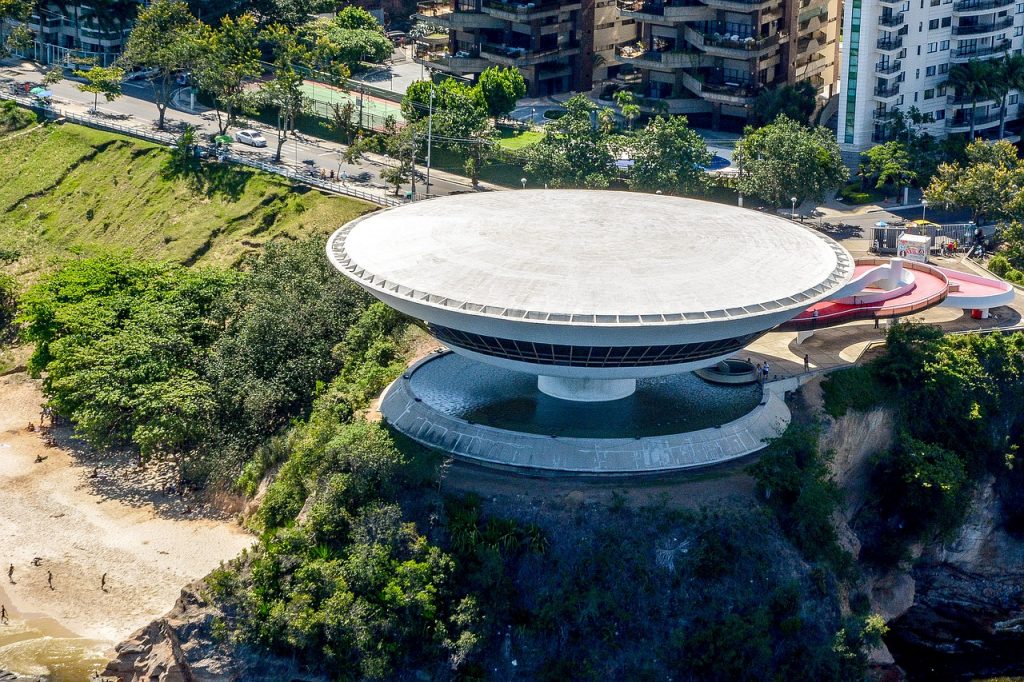 Image by Jose Guertzenstein from Pixabay

Brazil is known for its exotic and chill life. Whenever one picturise it, our mind, most probably, only throws the images of Christ The Redeemer or sunny beaches or the Amazon rainforest. What many overlooks is that Brazil also has some under-appreciated pieces of architecture barring Christ The Redeemer. One such is the Niterói Contemporary Art Museum located in the Niterói city of Rio De Janeiro province. Established in 1996, this museum has a flower-like shape. The main part of the building stands on a single thick pillar with an entry-path adjacent to it. Its unique design has turned it into a popular landmark. 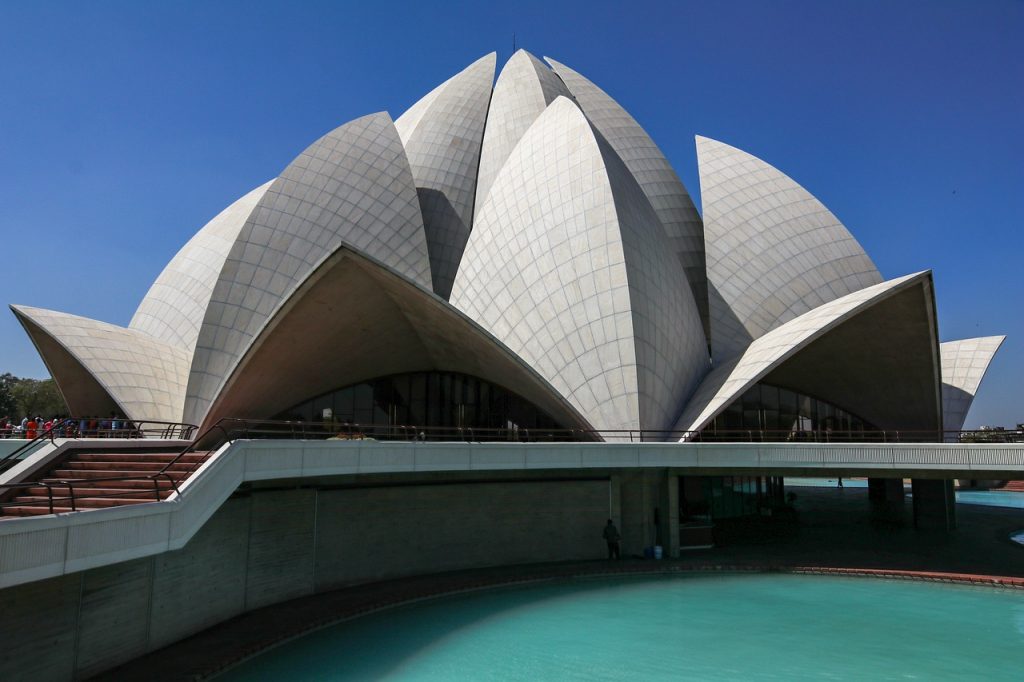 Image by KiraHundeDog from Pixabay

The temple’s look is exactly what it sounds like- a blossoming lotus. Located in New Delhi, this place is the city’s one of the most visited sites. Its construction was completed in 1986 and since then it has been mesmerizing visitors with the marvellous architecture it possesses. Despite being called a temple, it is not dedicated to any particular deity. It actually is a place of worship where people from any religion, caste or sex can come to connect to the deity they believe in. This marvel has been showered with numerous recognitions, awards and attention for its architectural excellence. 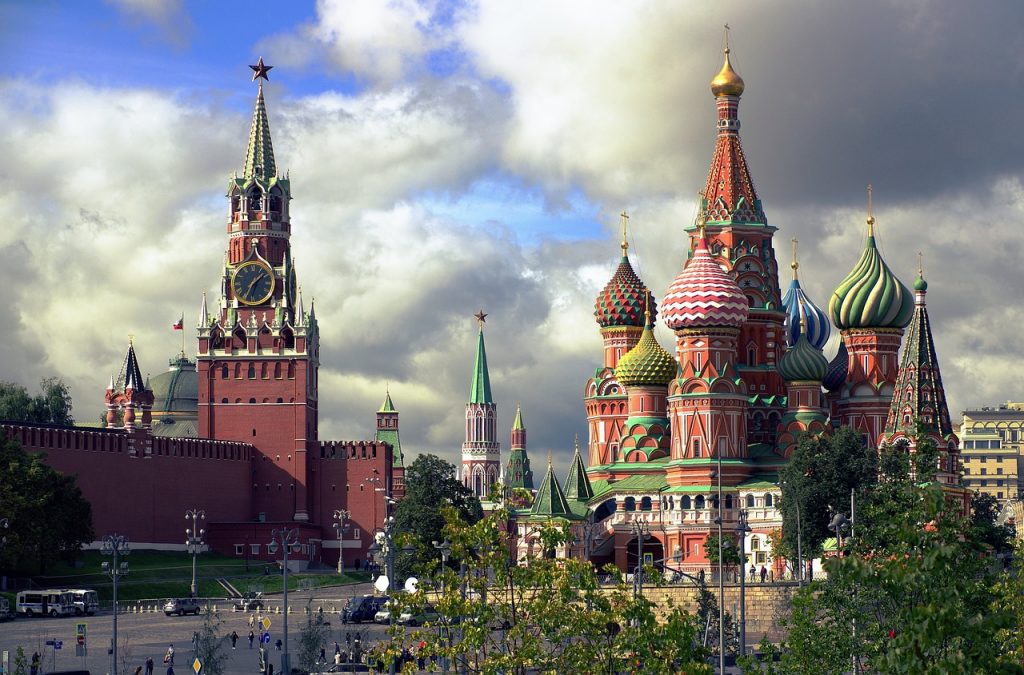 Image by Oleg Shakurov from Pixabay

At first, St. Basil’s Cathedral looks like a palace from Aladdin’s world, but it’s not. St. Basil’s Cathedral is a colorful building that stands out because of its unconventional look. A funky Arabian palace-like look with some creative use of colors is how we can best describe in short the way it looks. It was a church at first when completed in 1561 but then it was converted into a museum. The intricate artwork on the walls inside is also commendable. It was built by an emperor called Ivan The Terrible to honour his victories over important regions. It has been a pinnacle in Russian architecture and serves as a major tourist destination. 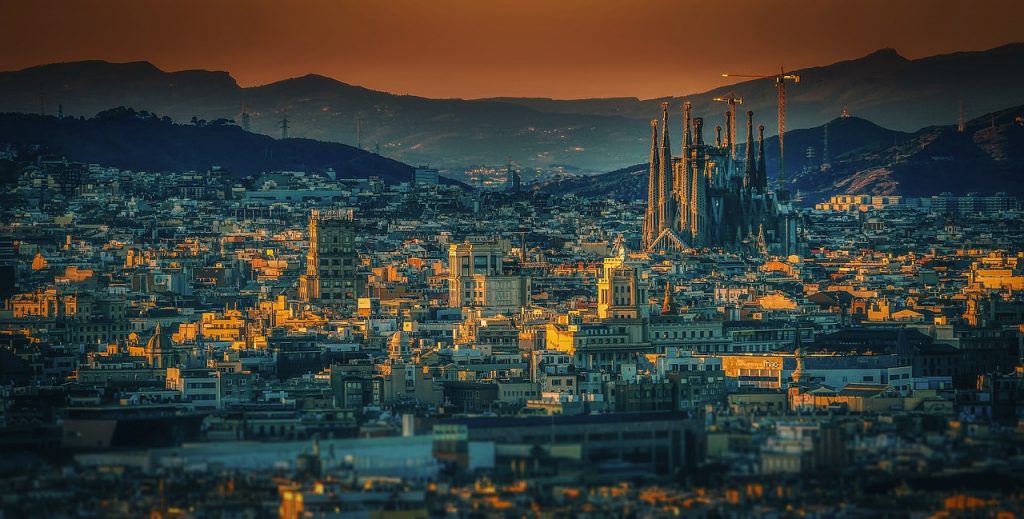 Image by Walkerssk from Pixabay

Sagrada Família is a church which is still under construction. Completion of the building is expected by 2026 and the decoration by 2030. But what’s astonishing is that the first brick of Sagrada Família was laid way back in 1882! That’s 138 years and we still are 10 years away (at least) from seeing the final product! But tourists don’t need to wait till that as some part of it is open to the public. There is some entry fee, which is used for the construction of the building. The popularity of Sagrada Família is so high that on peak season, the delays for entrance reservation is up to a few days. 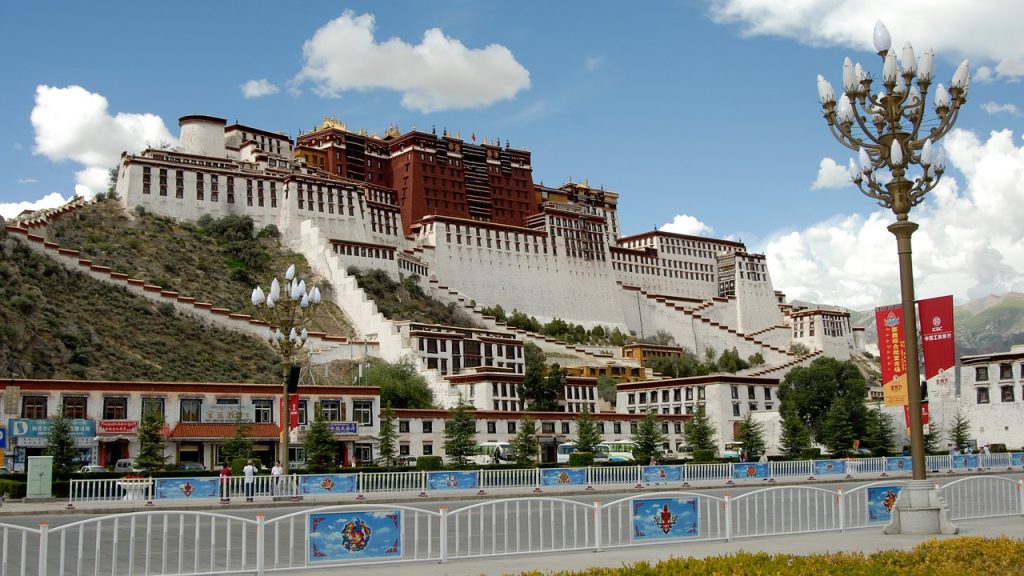 Image by hbieser from Pixabay

At the height of 3700 meters and on the mountains of Lhasa valley, there lies a beautiful palace that is one of its kind. The older version of the building dates back to 637. But after that, in 1645, construction of a new palace was started. Its exterior took 3 years for its completion while the interior took 45 years. Till 1959 it was a winter palace for Dalai Lamas- a designation for the foremost spiritual leader in the school of Tibetan Buddism. But then it was converted into a museum. Despite being at a great height, it receives such an overwhelming amount of visitors that the officials have to set a limit on the number of people that can visit it in a day- which is 2300 as of now. The limit often gets exceeded, leaving tourists in despair. 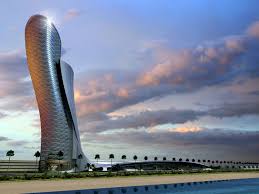 There are few buildings in the world that leans towards a side and Capital Gate is one of them. Most popular tilted building in the world is Leaning Tower of Pisa but its slant was not intentional. During its construction, it got tilted because of an unstable foundation. Currently, Capital Gate holds the world record for the highest degree of tilt for a building which is 18 degrees while that of Leaning Tower of Pisa is 3.97 degrees. Though Capital Gate gets a lot of competition from other architectures around the city, it generates worthy attention because of its exquisite design. 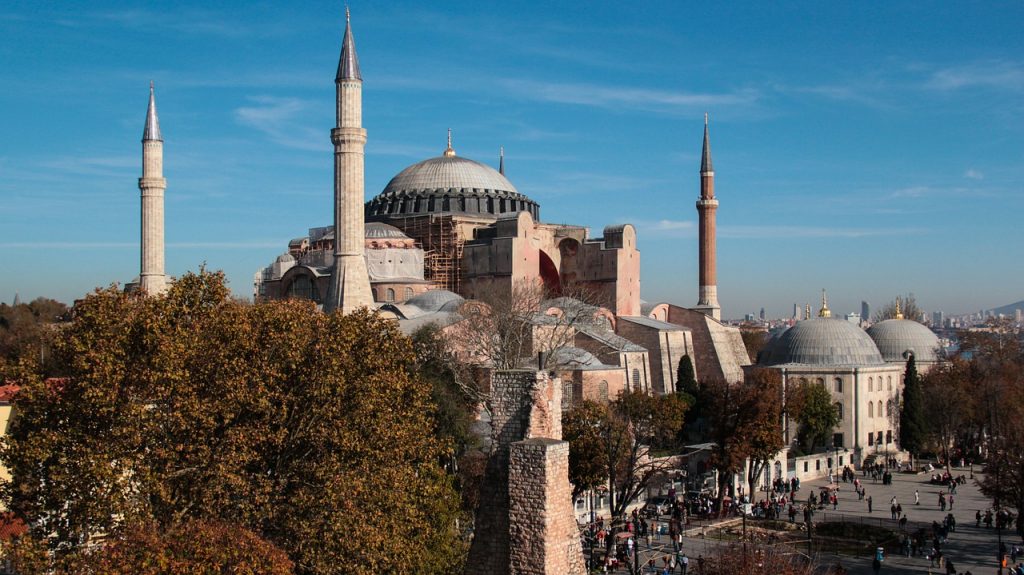 Image by Niek Verlaan from Pixabay

If you remember any movie shot in Istambul, almost every time it has included the sight of Hajia Sophia. Such is the domination of this building in Istambul’s skyline. The initiation of this project was in 360 and completion in 537. It catches the eyes of people all over and one feels nothing but amazement while admiring it. During that time, it was the largest building on the Earth. While this designation has faded, the amazement it creates hasn’t. For almost 900 years it was a cathedral but later in 1453, it was changed to a Mosque. Then, from 1935 it has been converted to a museum. But whichever form it takes, the building stands as the shining example of one of the greatest architectural work, that too in a time when people had minimal resources. 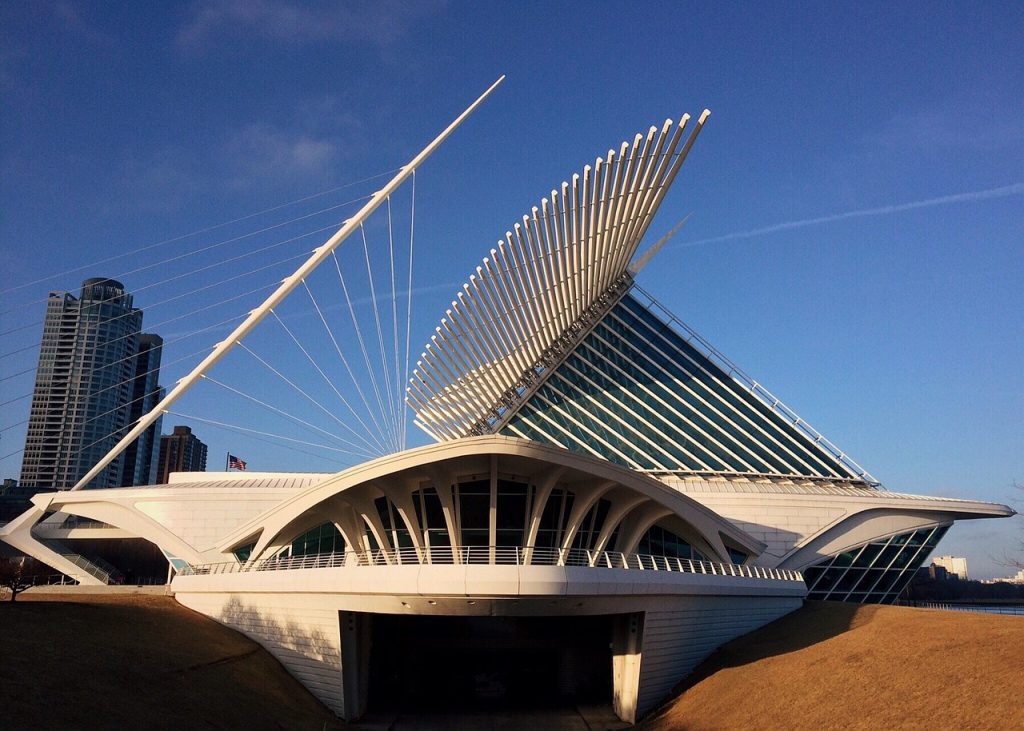 Image by Wokandapix from Pixabay

Words don’t do justice to describe this building, just a silent admiration can. Generally, a museum awes you with what’s inside. But Milwaukee Art Museum generates the same the feeling from both- inside and outside. It looks like a flat building with wings spread. The design has surely taken the level of modern architecture to another level. Its origin goes back to 1882 and continues to be one of the largest museums in the USA. It is stuffed with approximately 25000 pieces of art. The popularity of this museum has grown wide and thus it attracts more than 400,000 people every year.

There are plenty more architectures in the world that can make you say “Wow”. In a constantly changing and fast-paced world, masterpieces like these are popping out rapidly. But this list was to show you what you are missing out on by letting the time slip by. Surely these buildings and all other adventures around the globe are not going anywhere, but life is. Life has become so uncertain that the best time to chase all your wildest dreams is now. And to make your travel dreams come true more smoothly, ‘Farenexus – find cheap flights’ has rolled up his sleeves to provide you with cheap flight tickets. Now the ball is in your court.