The Happiest Countries in the World - How many have you been to?

Happiness is a direct measure of the real progress of a community. Isn’t it? But it is also true that the happiness of a group is formed when the goals of its leader and members are same and acting in unison towards achieving it. Though that seems too ideal a situation to be true in a world where we observe disorders regularly, some countries have challenged every limiting beliefs of achieving the happiness of their community. It comes as no wonder that seldom we hear any major controversy regarding the countries we are going to talk about. These countries stand as an epitome of happiness for any of us to learn from and start implementing their positives within the community we live in. So let’s dive into the happiest countries across the world to understand the different paths taken by them:-

Image by Angelo Giordano from Pixabay

Finland is crowned as the happiest country for two consecutive years i.e. 2018 and 2019. And this isn’t a fluke as Finnish Government has taken some great steps to ensure the welfare, peace and happiness of their citizens. Top officials of the country understand the nuances that affect people a lot and sincerely works toward its fulfilment. For one, Finland is more generous about paid vacations as compared to others. Thus employees, especially new ones, have two days every month and other 15 days as paid vacation. While companies in many other developed countries are hesitant about it or don’t offer this perk in the first place, organizations here are in support of it.

Finland’s education system is considered top-notch all over as the teachers are among the top 10% of graduates in the nation. Each teacher is allowed to make any tweaks in the curriculum to make it most fruitful for their students. The government also has taken off a huge burden from the shoulders of working parents by implementing regulations that support child growth without any extra worries. All these are just a handful of reasons why Finnish people are highest in happiness. 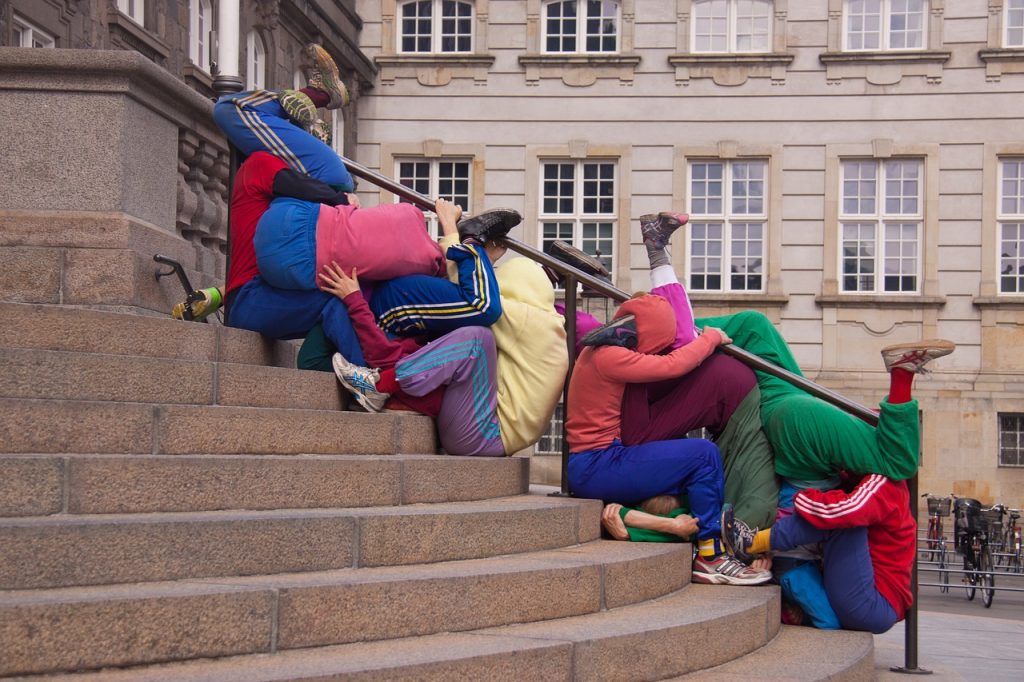 Image by Bente Jønsson from Pixabay

Denmark is a consistent member of the elite group of top 3 countries ranking highest in happiness index- at least for a few years in a row. And for 2019, it bagged the runner-up trophy for inducing a wide grin on the face of their citizens. So what is Denmark’s secret for successfully mastering the art of keeping his residents happy? The reason behind it is more because of a common cultural practice than the government as in the previous
case of Finland. But that doesn’t mean Denmark is ruled by a dictator-like person. The government is very stable and progressive-minded too and has overall happiness of the country as its one of the top priorities. But the main contributor to the happiness of Denmark is a practice called Hygge. Hygge commonly refers to quality social interactions. People and organizations in Denmark are so ingrained to this practice that they judge events and places by whether it was “hyggeligt” (the adjective version of Hygge) or not? What they meant was whether they supported great social interactions or not. These quality time spent with people has a deep and positive effect on the mind and builds trust within the community. This is
something we all can implement within our circles and the kind of result you can expect by this small tweak does not need any guesses. 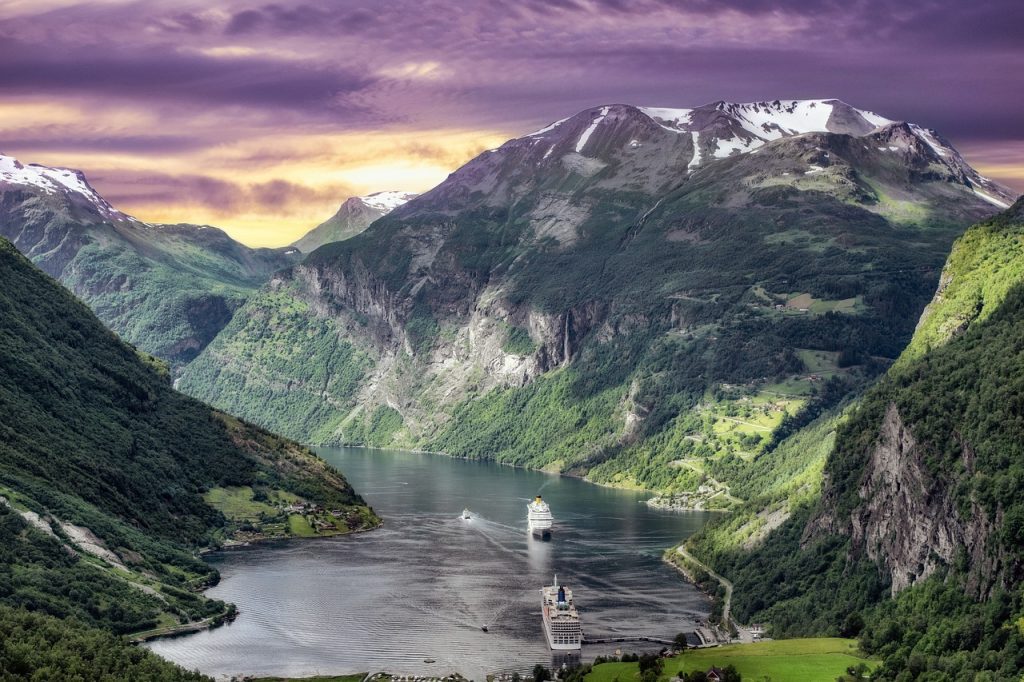 Image by enriquelopezgarre from Pixabay

Seems like God had hidden the elixir of happiness in North Europe or is it just the cool air? Anyways, when it comes to Norway, they might have reserved their place among the happiest countries as they are not willing to compromise even a bit on their citizen’s prosperity. There are multiple factors- environmental or governmental- behind it and each one has their substantial contribution towards happiness. One that seems the most ironical for this purpose is Norway’s bad weather! It might seem like a tyranny at first but, thanks to this reason, Norwegians are closer to each other as it is easier to survive in a pack. And they too have hugged the Hygge tightly. But none can deny that without strong foundations of the country, the structure of happiness won’t stand tall and for long. Norway’s economic security, as guarded by its strong government, ensures the welfare of their citizens and provides basic amenities to shoulder their burdens. For example:- a remaining total of expenses on a doctor or
emergency rooms within a given year is borne by the government after the first $300. And every penny of child medical expenses. And five weeks paid vacation. And pension for citizens at 67. And much more. Norwegians do pay high taxes but so do Danns and Finns. So that doesn’t seem like a problem especially when knowing that Norway is the 6th richest country in terms of GDP per capita.

Image by David Mark from Pixabay

Iceland is a small and remote European island that has been cursed with almost every possible environmental dragon. Its geography ensures that Iceland is constantly on a vibration mode as it lies on very unstable tectonic plates. Any active volcano is not far away no matter where you are in this country. And winter makes the scenario worse. In this case, the economy too has been vulnerable and shaky. World depressions like the
one in 2008 haven’t spared Iceland from its wrath. But research conducted just after that suggested it had none or little effect on Iceland’s overall happiness. Crimes stayed low, peace remained high. And in 2019, it ranked 4th in the happiness index among all the nations in the world. One of the reasons for this miracle, as the study suggested, is its small size. Wherever you are in Iceland, like volcanoes, people’s loved ones are also close and can help them out within short notice. Besides, there hasn’t been much ethnic diversity and locals has been staying here for generations. If one picks any strange Icelander at random from the streets, it is likely to have common ancestors with him. Iceland also has an app to find that out. Moreover, happiness in Iceland is spread as if God used butterknife for it. The one with more sorrow isn’t far behind you and the one with more joy isn’t far ahead. Resilience built from the devastation by natural factors and love for art, especially literature, has also been the main contributors to the happiness of Iceland. 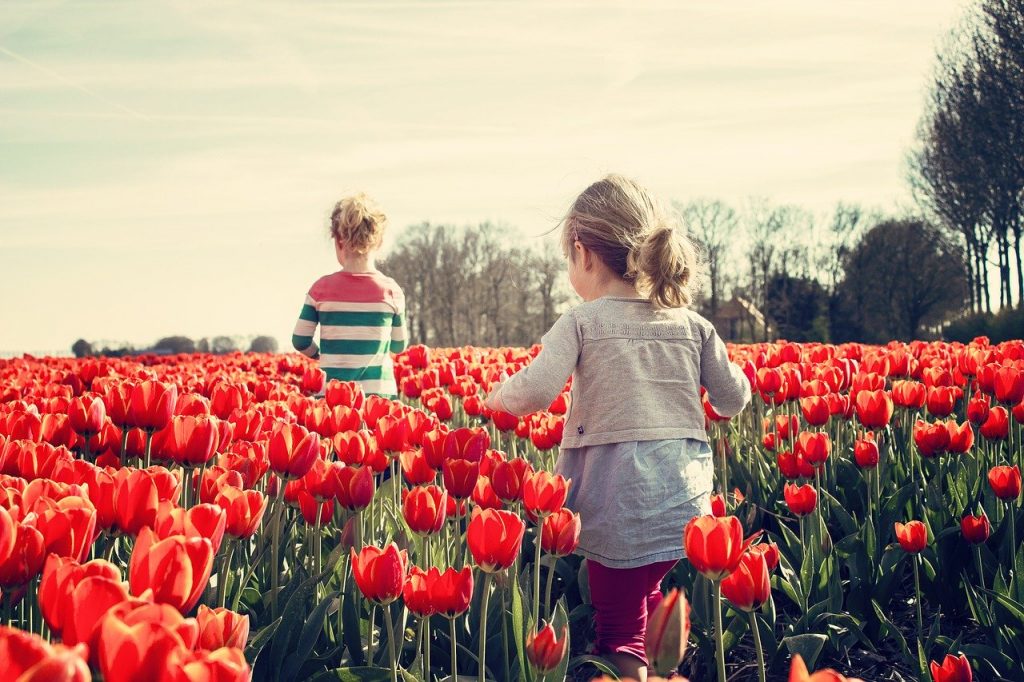 Image by Ben Scherjon from Pixabay

Another country that aces the art of spreading happiness is the Netherlands. Unlike Iceland, which doesn’t have much ethnic diversity (and that helped them for this purpose), the Netherlands boasts the opposite. Amsterdam alone has residents from around 180 nationalities. But the results hadn’t been much different from the former’s. Why is that? Because Dutch people have a very mature approach to life. They believe in Egalitarianism- the practice of equality for all no matter one’s nationality, caste, age, status, religion, etc. Even Dutch Prime Minister rides a bike like any of its fellow citizens. Whatever you do apart from crime, the last thing people do here is judging. They have an ingrained sense of respect for all or at least for their own time, which they don’t waste by judging others. Continuing further, nor do they waste time fretting over trivial matters or the ones they can’t control. This kind of mindset of the Dutch community has a large chunk of contribution for the maintenance of harmony and happiness of the whole. Moreover, the Netherlands has the best work-life balance which ensures that the pendulum doesn’t shift more on one side to destroy the peace and productivity. And if a business is what you want to grow, then the Netherlands is one of the most fertile lands for it. All these factors and more helps Dutch people maintain a constant smile.

You know, there is a connection between heart and face? If the heart is happy, the face also glows. Same is true for these countries as well. They are happy by heart and that has given them immense aesthetic value- not just artificial but natural as well. And the good news is, this shower of happiness they are bathing in is sure to shed some drops (at least) on you as well. But only if you move. And to help you move, Farenexus is
providing cheap flight tickets so that no destination seem out of your reach.