The year 2019 could be a fantastic year for the air travellers as while the new ultra-low-cost-airlines are setting up its operations from major Canadian cities.  While the concept of Ultra Low-cost airlines allow you to book the extra amenities separately to the basic ticket price, it might come handy when you would have the choice to pick and plan on your budget for air travelling.  The considerably high airfares to fly within Canada is being a persistent problem, however, with an addition of the new Ultra-Low-Cost Carriers in Canadian aviation, we might expect a good solution to this problem and could finally get the Cheap Flight Deals to fly to various destinations within Canada. However, the only question is how? When the rest of the regular airlines are struggling to bring the fares down and without some major adjustments, how come the ULCC concept offers flights at these insane prices?

The answer is simple, purchase a ticket and rest of the facilities on a la carte basis. The concept of low-cost-carriers has been widely adopted by many Nations already, however, Canada is relatively new to join this list. Better late than never, the Government has finally agreed to certain terms and conditions to allow a few Airlines to operate as ultra-low-cost carriers in the country. While Swoop is already in operations, all eyes are set on some new airlines those who have already announced or hinted about their plans to start their operations in some Canadian cities by the end of this year. We will try to understand the operational model of some coming and already running ultra-low-cost or low-cost carriers and understand that how can we benefit from them? So, starting with the one that is scheduled to launch this year. 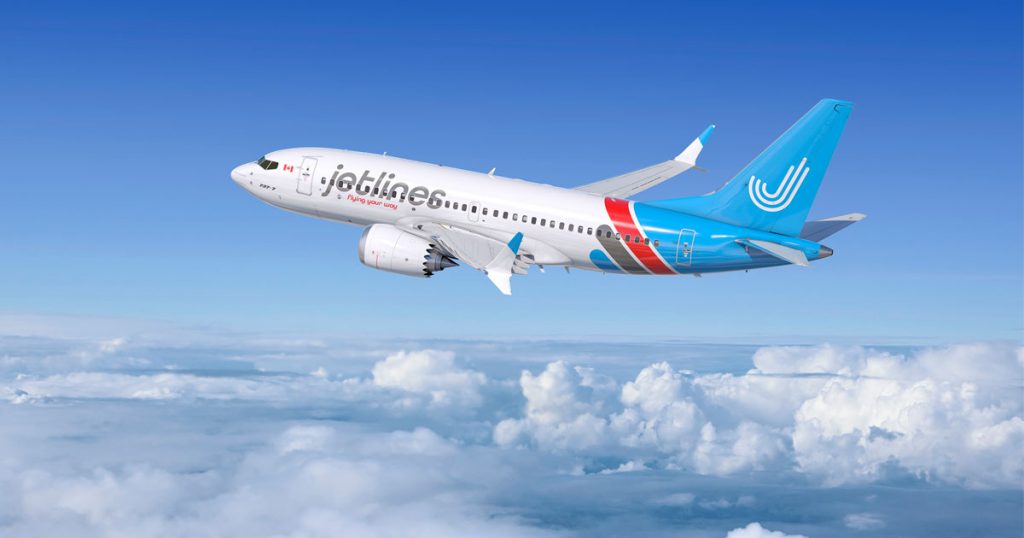 The airlines have already started their branding and acquiring attraction on its move of launching its ultra-low-cost fleet in Canada by the end of this year. The official dates are yet to be announced, however, I believe they must be in more hurry to set this up than us. Jetlines vision on their website reads – “the one that stands for great Candian service, higher customer satisfaction and making the air travel affordable for all”. It definitely seems like as someone is on a mission.

The Airline would operate from Vancouver to start its operations and cover the various domestic destinations in the country. The company has shared its plans to expand flights to Florida and Mexico while keeping the fares below $100. Jetlines also adopting the same model where they would sell the fares for a seat selection only and allow passengers to custom the additional amenities they would like to avail on board while paying extra.

The airline has already begun promoting itself as Canada’s first Ultra-Low-Cost Carrier and probably would be able to keep up with its promises in near future. If you are wondering how they are going to make this possible or want to understand their business model, the following article on their website might clear things for you.

Candian Aviation has a history of Airlines that boasted about offering low airfares, however, finally went bankrupt while accommodating the flight demands and keeping up with their promises. There have not been many Airlines those who could sustain its operations consistently.  Flair Air is already operational in Canada – let’s see what they have to say about themselves. 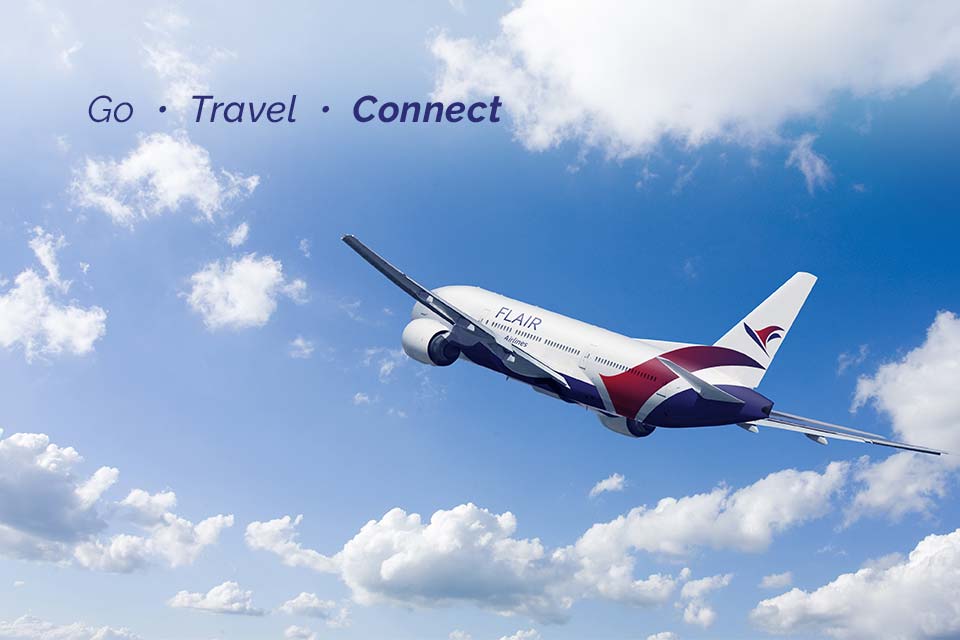 Flair has a very promising and colourful website. If you happen to see their first page – it advertises flights on insanely cheap prices as Vancouver $49, Abbotsford $49 so what is the catch here?

Apparently, they are also advertising prices for base ticket price and in case you need to add anything on top of booking a seat in their flight, you would have to pay extra for that.  “fly à la carte. only pay for what you want, with flair, the choice is all yours.” – that’s what their website reads. They cover some major Canadian cities from the likes of popular Vancouver, Toronto to Abbotsford, Edmonton, Kelowna and some transborder cities as well.  So, that would be a good option to start with and just to have a taste of booking things on a la carte model. 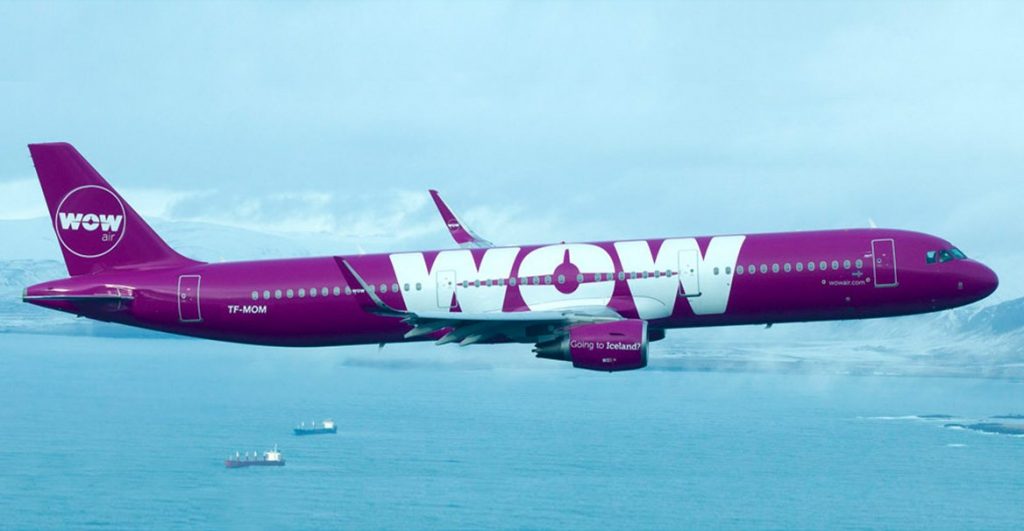 An Icelandic low-cost airline that advertises some great prices for flights from Canada to some European destinations.  They have advertised Toronto – Rekjavick airfares from $129.99 onward. Seems like a great price, isn’t it? Apparently, they are following the same model as well. If you happen to be on their site and tried booking a flight – soon after picking a fare, it will give you the option to choose from different categories. The Wow-basic stays for $129.99, however, they have Wow-plus, Wow-comfy and Wow-premium categories as well, each includes some additional amenities on flights and allow you to perfectly choose a package for you as per your requirements. So this was the story behind these rock-bottom prices for flights between Canada and Europe while fares were advertised as low as $129 one-way and carried passengers with Airbus A320/A321 long-range aircraft. Though Wow air has substantially kept its promise of low airfares, however, it does charge extra fees for everything from extra leg room and baggage to flight changes – that seems fare as that’s what the concept is.

It could have been considered as a new revolution as it set up the base with the establishment of an ultra-low-carriers in Canda and soon more airlines would follow these footsteps to stay at par with the competition and meet the ever-increasing demands of air travel.  Though ULCC allows us to pick the added facilities in flights and we can choose from the necessary things that we needed and avoid paying extra for the things that we generally don’t care about while on a flight – what seems to me as a win-win situation. I can save some bucks by not choosing some not-required amenities on flights and Airlines can boast of the cheap prices that they are promising and keeping up to it.   Having said that, with the introduction of all these Airlines as ULCC operators in Canadian Aviation, hoping to get the affordable airfares for flights to various destinations seems reasonable. While the companies would compete to gain on the market and offer lucrative sales offers, we all can relax and sip on our favourite coffees and catch all the action as it happens.