Crazy Festivals to look-out for in the World

The world is huge and beautiful. And sometimes weird also. Its evergrowing population has a plethora of cultures, mindsets and beliefs. It’s so eye-popping to watch people in other culture to enjoy (or at least practice) what we, in our own culture, consider weird. For example:- a tribe of Brazil believes that when a loved one dies, they should consume the dead. They burn the body to ashes and mixes it with their food. How about that? In some cultures, anybody’s death is considered a moment of joy and mourning over it is considered “weird”. They believe that when someone dies, he or she is gone to a better place and they should be happy about it. Apart from cultures and beliefs, there are many festivals around the globe that a lot of people will consider crazy. So allow me the keep in front of you some crazy festivals to look out for:-
Craziness alert!!! 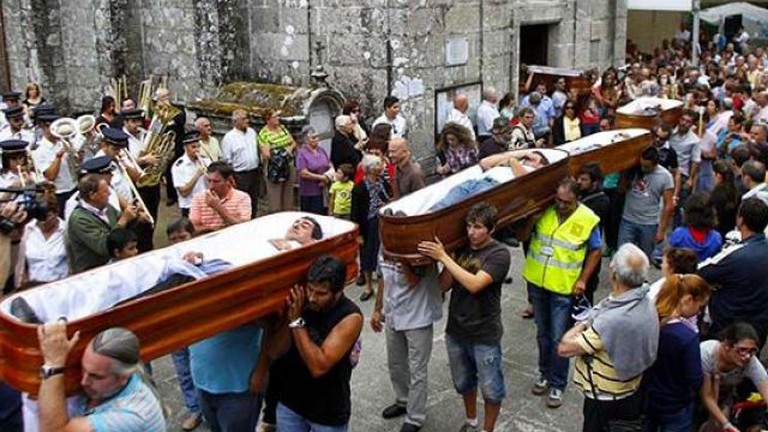 Have you ever seen the funeral of a living person? I bet you haven’t if you have never been to Las Nieves, Spain. It’s a ceremony that people of Las Nieves celebrate every year to acknowledge life. What happens is, any person having a near-death experience within last 12 months is taken into a coffin, by his friends and families, to do a similar ceremony that happens when a person dies in real. It is believed to be a “thank you” to the god and is meant to increase the value of life. 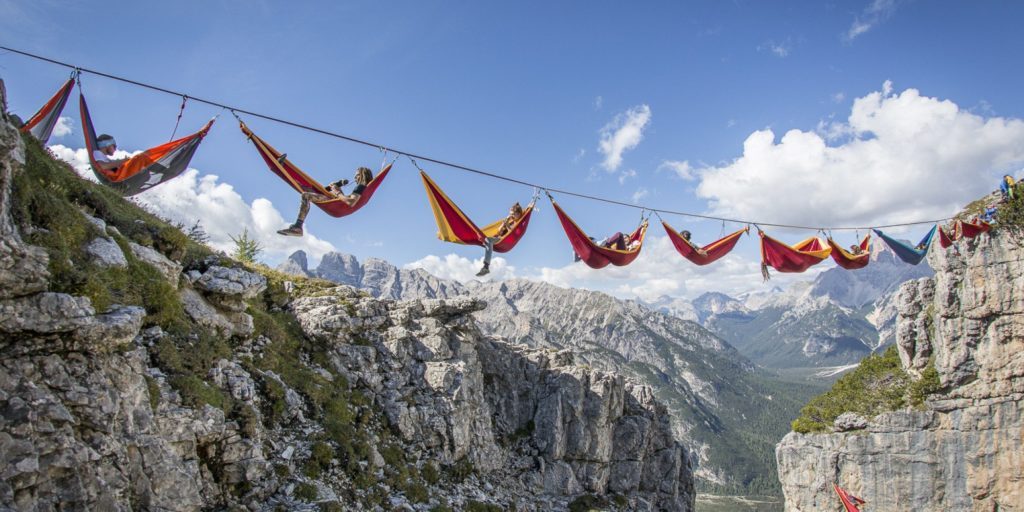 Walking on a rope hundreds of feet high in mountains is a very tough task, right? So about sleeping on them? No, I am not kidding. This is a festival or gathering in Monte Piana where people, on their hammocks, sleep and chill out in the middle of Alps, touching the sky. This is a unique experience to have under the belt and  surely one of the craziest ones. By the way, it’s not as scary as it sounds because people enjoy their time in the middle by having beers, playing the guitar, reading newspaper etc. And some even unhook one (or both) of the hammock’s harness!! 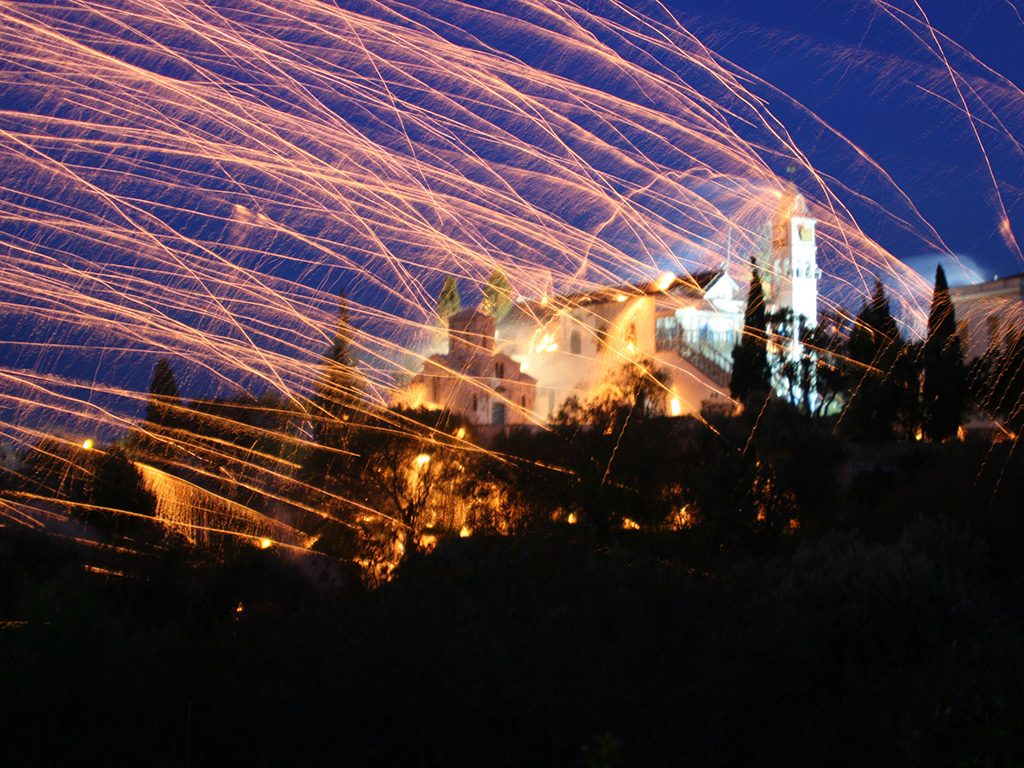 A couple of rivals tribes in Chios, Greece organize a rocket war between their respective churches which are 400 meters apart. It all started a long time ago when they used to fight with real canons. As time passed by, canons were seized by the authority. But the tradition was continued with bottle rockets and is still celebrated (or I should say, fought). With bottle rockets, it might seem like a harmless tradition, but it continues to create some injuries every year. The one causing more havoc on the other side is considered the winner. But no one claims defeat and is agreed to settle the scores next year. 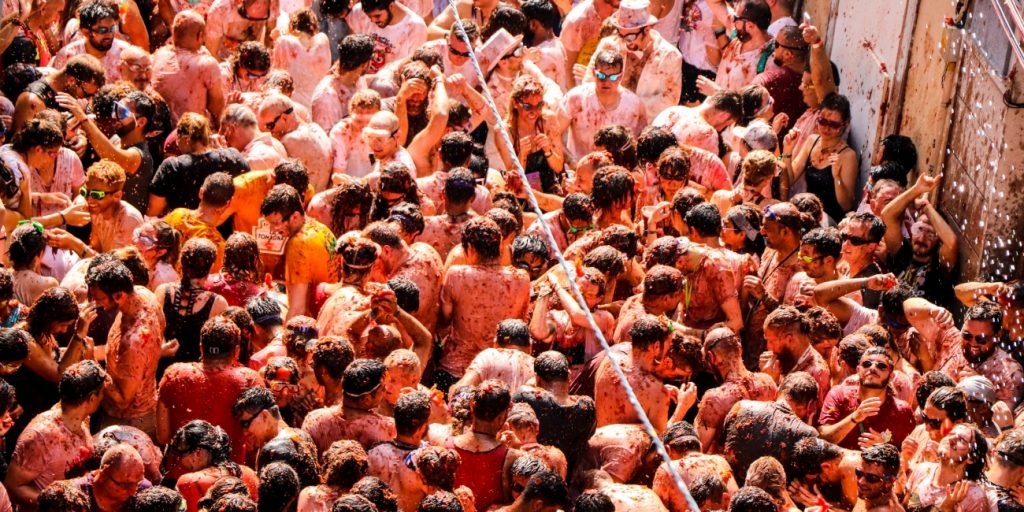 It is maybe the most popular festival among the pack. La Tomatina is a festival in which people go tomatoes. To be clear, it’s not celebrated as a fight between two or more teams. It’s just a gathering of people in the town of Bunol near Valencia where they throw tomatoes at each other. Although, it was started as a street fight when a parade of giants was marching through the streets of Bunol. At that time, some youngsters trying to enter the parade, accidentally pushed a giant, making him fell on the ground. The giant retaliated on the act and the youngsters, in response, started throwing tomatoes from the street shop. And thus people started celebrating La Tomatina festival every year since then on the last Wednesday of August. 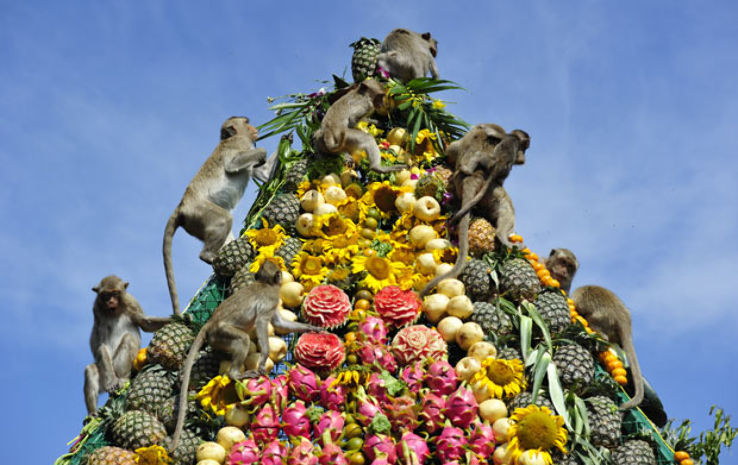 Once a year in Thailand, people organize a buffet party for Monkeys. They do this to bid thanks to monkeys because according to the ancient scripture of Ramayana, an army of monkeys played a huge role in the victory of Lord Rama and defeating Ravana who kidnapped Rama’s beloved wife, Sita. Temple of Lopburi in Thailand organizes this festival on the last Sunday of November. They pile up fruits in large amount for the guests of honor. After bidding thank you, they would still behave like monkeys. So watch your belongings.

Mud festival celebrated in Korea is surely for the ones who like to break the rules. And who doesn’t like to break them? That’s why it attracts a large number of people from all over the world to enjoy the dirtiness. Some common events held in mud festival are wrestling, mud sliding and swimming in a giant mud bath. Even though this muddiness can be enjoyed at any place where mud exists, but surely South Koreans take it to another level of enjoyment and craziness. 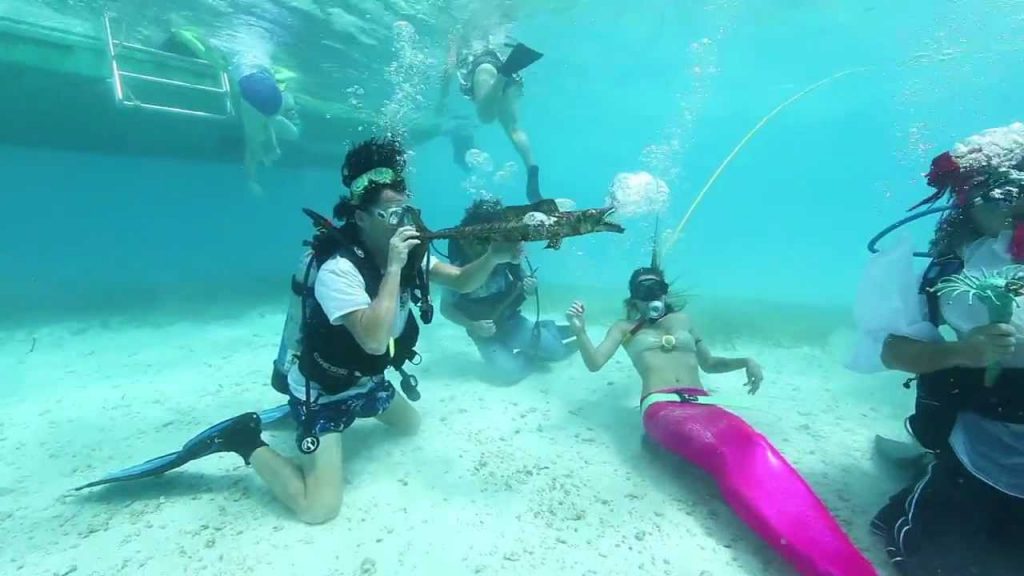 The origin of this lovely festival isn’t ages ago. It dates back to only 2-3 decades ago. This festival was started for a noble cause and to raise awareness for the protection of our oceans and its habitat. Every year, it’s held at Florida, on the surface Looe Key Reef, part of the only living coral barrier reef in North America! Hundreds of divers and enthusiasts arrive to make their contributions. Due to it’s increasing popularity, it is telecasted live on television, direct from the waters.

8. Battle Of The Oranges Festival (Italy)

Battle of the oranges is fought (or celebrated) in the town of Ivrea, Italy. People are divided among nine groups and fight the so-called battle for three days before Fat Tuesday. There is no clear origin of this crazy festival but it’s said that there used to be a high ranked royal official with evil intentions who once tried to rape a woman and got beheaded by her. The event sparked rage among the people against such officials. Since then it’s believed that people used to fight the battle of the oranges. After 3 days of havoc, generals of each team ends the war and organizes a funeral on the following day, Fat Tuesday. Sometimes it can get over the head of the people and get themselves injured. 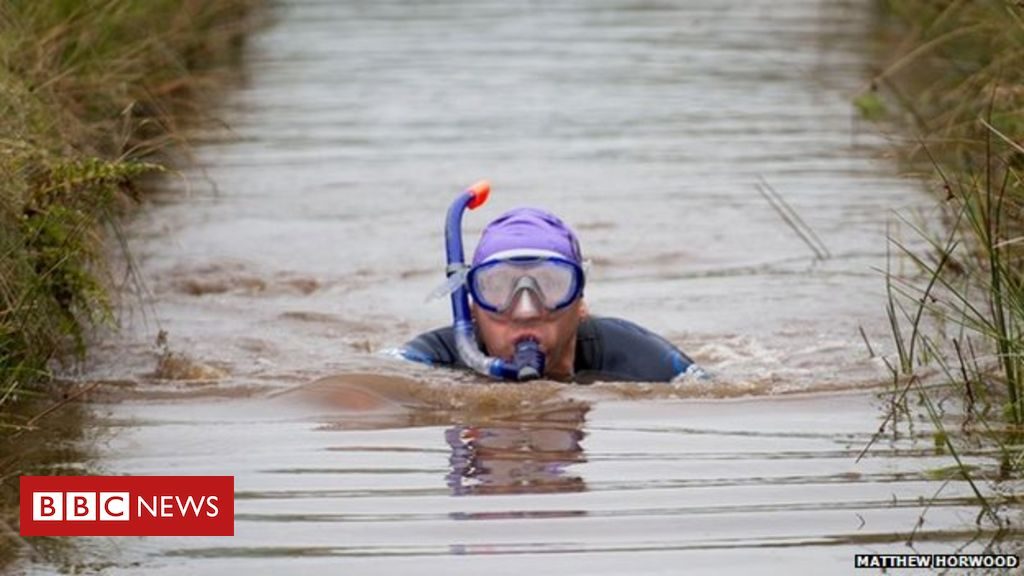 Image Credit – bbc.co.uk
Covered by BBC on its 30th anniversary

Instead of calling it a festival, it’s more of a competition which is held each year in August. All you have to do is to make a round-trip of a bog, 180 feet long just using snorkel and flippers. As all crazy things start small and go on to spread the craziness, this one is no exception. It started as a bet on a bar and grew in popularity from there onwards. The fastest one that year and the one breaking the all-time record get attractive rewards.

Festivals, even though started with bitterness, is always meant to bring people together and give them another reason to smile. And its always fine to be crazy, as long as it doesn’t hurt anyone because craziness is what fills the juice in our life. So if you are cool enough to try out these crazy festivals, always remember Farenexus to get cheap flight tickets so that craziness doesn’t cost you a fortune.