List of the biggest Human Gatherings around the World

Do you think there are a lot of people around you? Well, think again because the gatherings we are going to talk about today were probably the biggest ever recorded in human history. So just imagine being between a huge flock of people gathered for the same cause. Isn’t that amazing? Throughout history, some events caught the eye of numerous people and attracted them towards it and continue to do so regularly. Whether it was the death of a beloved personality or a religious festival, Farenexus- travel metasearch engine is bound to give you some enriching information that will make you wonder. Here is the list of the biggest human gatherings on the world:- 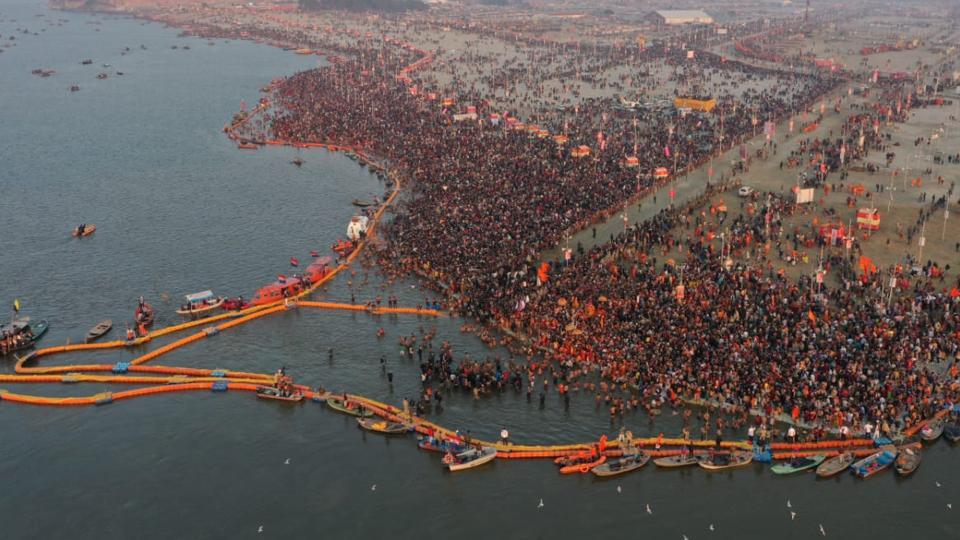 It is believed that this gathering can be seen from the space. So just imagine the number of people gathered around. Maha Kumbh Mela is organised every 12 years across 4 cities in India- Allahabad, Nashik, Haridwar and Ujjain with Allahabad being the biggest crowd puller across the four. It is estimated that 120 million people are the eye-witness of this gathering. It is said to be the biggest congregation of religious pilgrims. The reason of this flocking is that according to Hindu mythology Lord Vishnu, a Hindu deity, dropped pots of the drink of immortality here in these 4 places. People perform ritual baths in the holy rivers. Religious sermons are also held by priests. 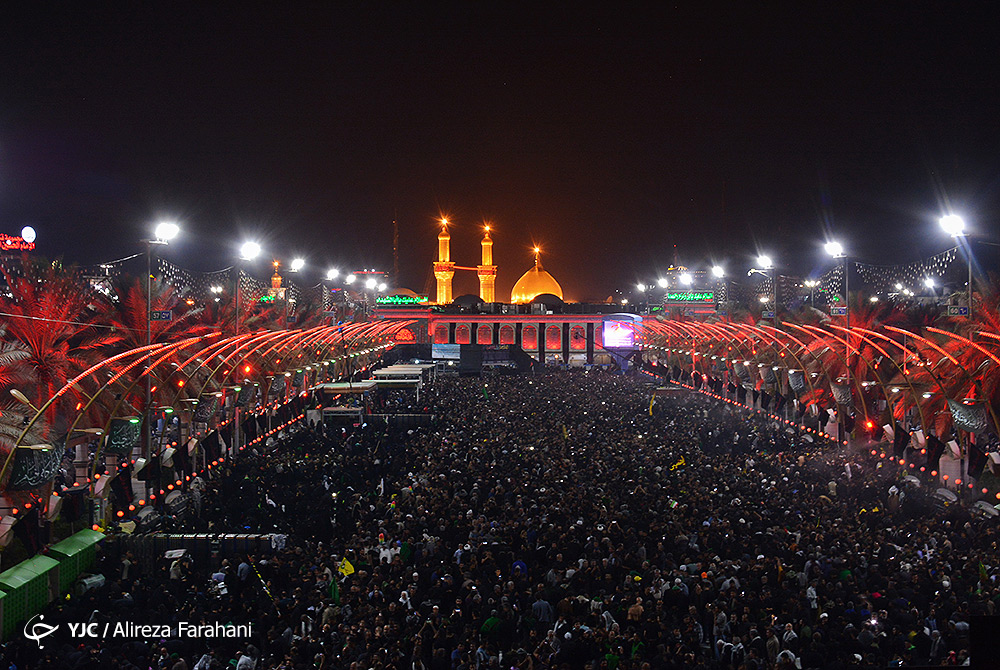 This gathering is held in Iraq annually and is the biggest annual gathering in the world. Approximately 20 million Shia Muslims gather every year to pay tributes to Prophet Mohammad’s grandson. As a matter of respect, pilgrims take this journey on foot to the city of Karbala. The best thing is that the food, clothes and shelter are arranged by the community for all the pilgrims. It is believed that this ritual held annually wash away the sins and negativity of the people. Although this might not be the safest of the gatherings, still people’s religious faith is enough to pull themselves towards it.

In 2015 when Pope Francis visited Philippines, a tsunami of people flooded to see the Pope. An astonishing 7 million people approximately gathered at a place. The crowd was so huge that security forces had a tough time controlling it. As a result, the Pope had to be flown away to some other location for security purpose. And the security force’s anticipation was right as a terrorist attack was planned there to create mass destruction, but luckily it was foiled.

Crazy Festivals to look-out for in the World

Another Hindu religious gathering that shows the depth and height of faith that people here have on their beloved deity. Makara Jyoti is a festival that is organized every year in the Sabrimala Temple, Sabrimala that is situated in the Periyar national reserve. In 2007, during Makara Jyoti, the temple recorded its largest gathering that counts to 5 million pilgrims. Despite being in a jungle, pilgrims were enthusiastic enough to travel any road. The festival is dedicated to celebrate the lighting being blessed upon us by Lord Ayyappan.

A religious event held in India, not annually, but regularly. How much regularly? Every 12 to 19 years. It is held when a specific planetary alignment is formed. Next event will be held in 2035. Whenever the festival is organized a new painting of the deity is inaugurated. The painting is made up of a different type of leaves cladded with gold and silver ornaments. Around 5 million people gather to see the new holy image and worship the deity. Jagannath Temple, Puri hosts the event.

Brazil witnessed one of the biggest ever concerts in human history in 1994. The estimated attendance for this concert is around 3.5 million! Held in Rio De Janerio, this concert went over the roof in terms of attracting people and is one of the most successful concerts ever. 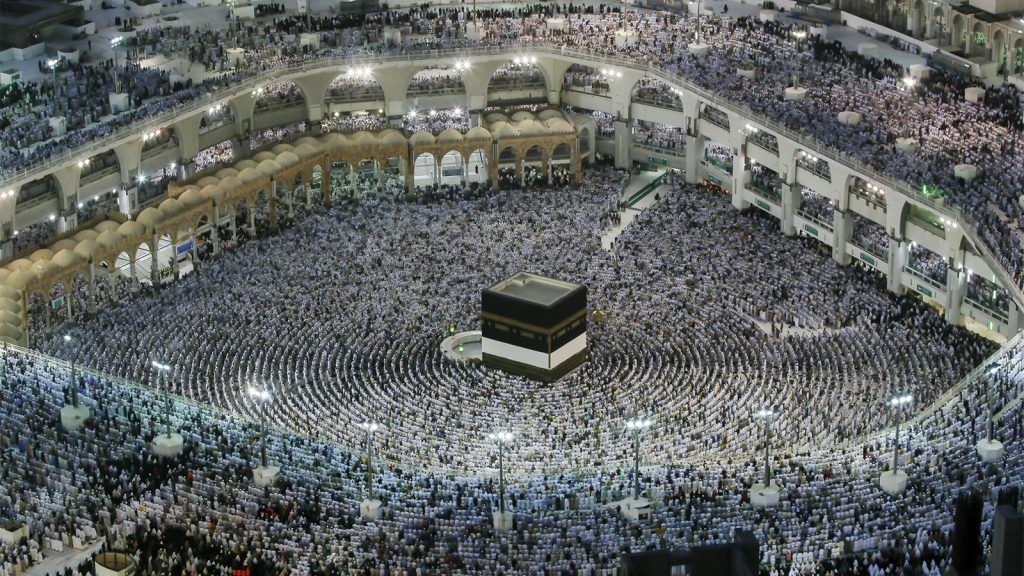 It is an Islamic practice held every year in the city of Mecca, Saudi Arabia. It is believed that this practice must be performed by all Muslims around the world at least once in their lifetime. Thus, Mecca attracts around 3 million people across the world every year. The most important ritual here is to do seven anti-clockwise rotation of the Kaaba, a religious monument. Many other rites are also performed here and a simple and pure lifestyle is maintained by the pilgrims.

Bishwa Itjema is a religious gathering held in Dhaka, Bangladesh annually. An estimated 5 million people gathered here in 2010. Bishwa Itjema is the second largest Muslim congregation in the world. Devotees from 150 countries make their way to Dhaka every year to show their devotion at Bishwa Itjema. The best thing about this gathering is that it is free from any political agenda and negativity. It is held to preach for world peace. Various scholars intensify the need for peace and solidarity.

Attukal temple hosts the largest gathering of women in the world. No, not to have a kitty party. But to celebrate a festival where they seek blessings from Attukal Devi who is considered and worshipped as a Goddess of wealth, knowledge and strength. It last for multiple days and on the last day of the festival, women prepare a sweet dish made of rice as an offering to the Goddess. Around 3 million women arrive at this temple in the state of Kerala, India to perform the rituals.

People came together to protest against the United States invasion of Iraq. It is said that around 3 million people joined their hands together in Rome for the common cause. It is the largest ever recorded protest against war till date. 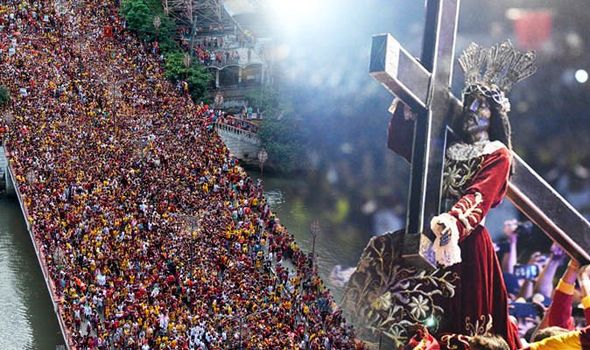 Black Nazarene is an image of Jesus Christ depicting his route to crucifixion. Every year a procession is held so the devotees can have a better sight of the icon and few lucky manage to touch it as well. It is said that the icon has the power to cure any disease. Held in the Philippines, approximately 3 million devotees gather every year for this catholic tradition. Previously the icon was kept in Mexico. But in 1609, it was moved to the Philippines. The highest amount of people recorded to have gathered for this procession is 6 million in 2011.

Beautification is an entrance to heaven according to the ancient catholicism. Pope John Paul II passed away in 2005 and since then devotees requested for the beautification of the beloved Pope John Paul II as a saint. Since then it is held every year and a huge number of a crowd is gathered to witness the event held at Vatican City. Around 22 world leaders and over a million people pay their tribute to their beloved Pope.

These peaceful gatherings and many such more is a shining example of unity and faith a lot of people have over a common thing. Love and the energy of these many people for their devotion to the higher energy are extremely commendable. Farenexus is extremely proud to break your travel limitations so that you can enjoy your life, by providing you with cheap flight tickets on the go.