Quebec Province – A Nation within a Nation

The French-speaking Quebec province stands second in terms of population and is the most wonderful among the 13 provinces defining Canada. It is also being referred as the ‘La belle province’ what means ‘The beautiful province’. While the main Quebec City lies on the banks of Saint Lawrence River, the province has more than half a million lakes out of which 30 has the area more than 250 square kilometres. Around 45oo rivers from these lakes find their way to the Atlantic Ocean. They eventually nourish its lands and withhold a divine beauty what no other province possesses. (Search Cheap Flights in Canada)
Quebec is a wonderful tourist destination and offers a wide range of activities for the adventure and fun seekers. From the highest point on the mainland Canada ‘Mount Caubvick’ to the beautiful lakes, marvellous French architecture, it has all to lure the tourists to come and fall in love with it.

The beautiful architecture of Quebec 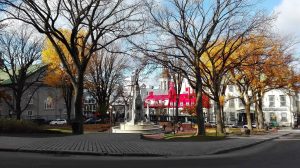 Old Quebec is one of the oldest French establishment when ‘Samuel De Champlain’ discovers it in the 16th century and set it as his administrative centre cause of its strategically high position. The Old Quebec consists of Upper and Lower town is recognized as a World Heritage site nowadays. 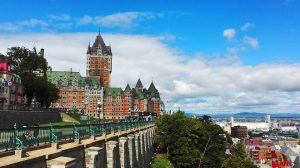 Chateau Frontenac, the Canadian grand Railway Hotel is registered as a National Historic Site of Canada and is one of the most photographed hotels in the world. It lies on an elevation of 54 meters and has always amazed the visitors with its unique position and architecture.

Located in Cap Diamant, the Citadelle of Quebec is the military establishment and is the official residence of the Canadian Monarch and Governor General of Canada. This is one of the oldest military buildings in Canada and was originally constructed as a process of fortification of Canadian lands.

Apart from these historic landmarks, the Quebec province is home to the numerous museums and Basilicas. The Montreal city has the highest population in the province and the Quebec is gradually transforming from French-speaking nation to one what is more diverse, welcoming to people from all around the world and possess an awestruck natural beauty that is nowhere else to be seen. 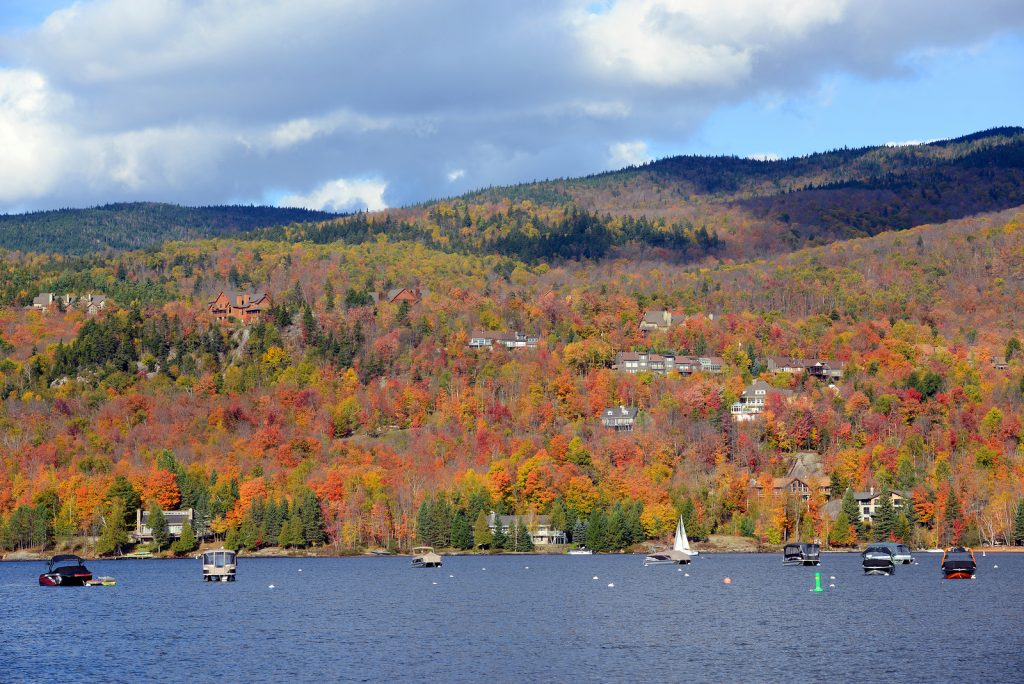 The Laurentian Mountain range is one of the oldest mountain ranges in the world located in Southern Quebec, north of the St. Lawrence River and east of the Ottawa River and its highest point is 1,166 meters at Mont Raoul Blanchard.

The magnificent scenery of the Laurentian Mountains makes it a perfect spot for many outdoor activities like hiking, fishing, kayaking and swimming.

ago.  The Appalachians are a chain of mountains in eastern North America. Mount Mitchell, with a height of 6,684 ft. is the tallest mountain in the Appalachian range. Another peak is Mount Washington in New Hampshire. This mountain is 1,916 meters (6,288 feet) above sea level and known for having extreme weather conditions.

Apart from Skiing, if you love river kayaking, Canyoneering, mountain biking and fishing than this is the place for you.
(Search Cheap Flights in Canada)